Kareena and I love the sound of it and we love its meaning, says Saif Ali Khan 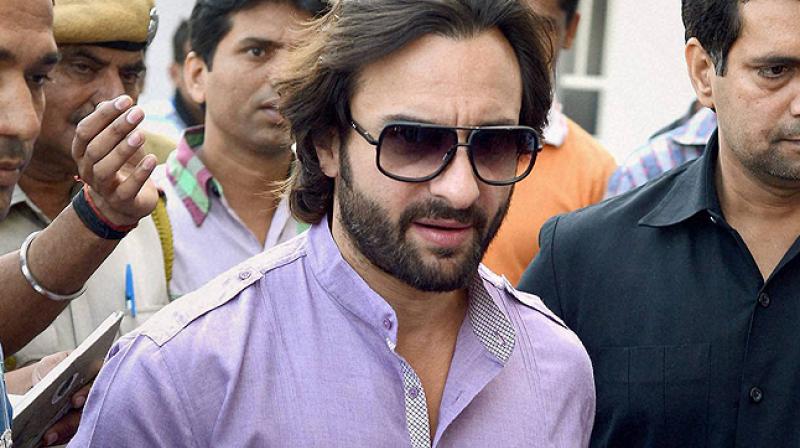 Mumbai: Saif Ali Khan and Kareena Kapoor Khan have been the power couple of Bollywood for the longest time and when they had their baby boy, the nation joined them in their celebrations.

However, when they revealed his name to be Taimur, not too many were pleased in a country that’s validated its sudden right extremist demeanours.

For the uninitiated, Taimur was a Turco-Mongol conqueror, famed for his barbaric, genocidal and anarchical expansion across south east Asia.

Twitter had erupted taking misplaced offence, though there had been support coming in towards the couple’s right to choice as well.

However, Saif Ali Khan has finally chosen to break his silence on the much discussed issue.

In an interview with Mumbai Mirror, the actor opened up on the issue, saying, "Social media just makes it clear what everybody is thinking in a sense. There is a lot of anonymity from the side of the people who are doing the talking so they feel free to say whatever they like, and sometimes they get very nasty...And that's fine. It doesn't mean that twenty, thirty or forty years ago people weren't thinking similar things but maybe they did not have an outlet then.”

"As far as I am concerned, stars are privileged and our country is actually still very balanced," he adds expressing gratitude for the support that he and Kareena have received in recent weeks.

"People talk about the country becoming right-wing and fascist, and we have all these fears...but the fact of the matter is that if you view the kind of unnecessary drama over Taimur, there were a lot of voices...I felt I didn't have to say anything because a lot of people had spoken wisely and liberally. Voices that kind of vindicated my decision and made me feel that it's absolutely fine (to have the freedom to name his child as he wished to),” he added.

Saif, who’s gearing up for the release of his Vishal Bhardwaj helmed highly anticipated film, ‘Rangoon,’ spoke in support of the liberal minds who spoke in support of him, saying, "Yes, there were some people who raised some objections but obviously just to look at medieval history and to make value judgments is, I think, ridiculous, and a lot of people have said that on my behalf. I feel quite confident that we don't live in a right-wing society. As yet. India is still liberal and people are still open minded.”

He also revealed how they came to name the adorable baby.

"My wife and I love the sound of it and we love its meaning. I am aware of the heritage of the Turkish ruler—he was Timur, my son is Taimur, an ancient Persian name that means iron,” he admitted.