The ribbons have a solar cell on one side and energy-storing layers on the other. 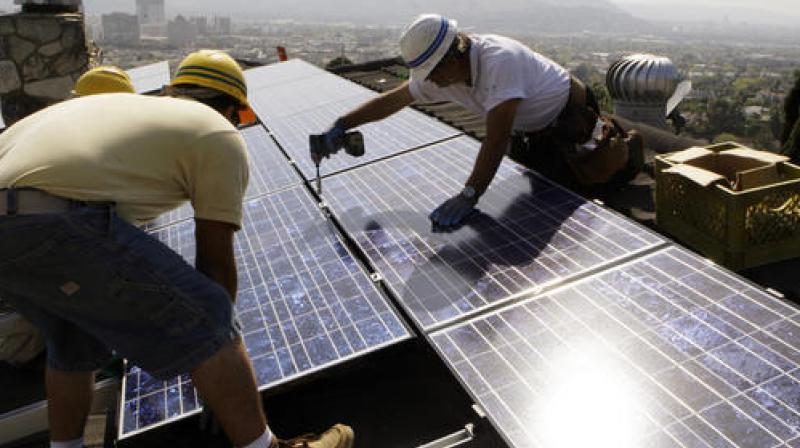 Washington: A team led by an Indian-origin scientist in the US has developed filaments that harvest and store the sun’s energy and can be woven into textiles which can power phones, personal health sensors and other gadgets.

The breakthrough would essentially turn jackets and other clothing into wearable, solar-powered batteries that never need to be plugged in, researchers said. It could one day revolutionise wearable technology, helping everyone from soldiers who now carry heavy loads of batteries to a texting-addicted teen who could charge his smartphone by simply slipping it in a pocket, they said.

“The idea came to me: We make energy-storage devices and we make solar cells in the labs. Why not combine these two devices together?” said Jayan Thomas, associate professor at University of Central Florida in the US.

Inspired by Marty McFly’s 1989 movie Back to the Future Part II, the research team developed filaments in the form of copper ribbons that are thin, flexible and lightweight. The ribbons have a solar cell on one side and energy-storing layers on the other.
“If you can develop self-charging clothes or textiles, you can realise those cinematic fantasies — that is the cool thing,” Mr Thomas said.

Though more comfortable with advanced nanotechnology, Thomas and his team then bought a small, tabletop loom. They wove the ribbons into a square of yarn. The proof-of-concept shows that filaments could be laced throughout jackets or any outwear to harvest and store energy.