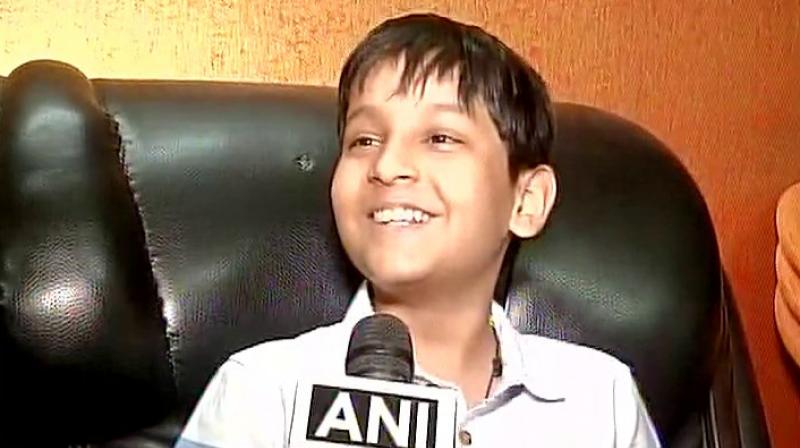 Hyderabad: Child prodigy Agastya Jaiswal has achieved the rare feat of passing the class XII examination at the age of 11.

Agastya's father Ashwani Kumar said he passed the intermediate second year examination with 63 per cent. He claimed his son is the first person in the state to have passed the examination at such a young age.

He is a student of St Mary's Junior College, Yousufguda, and appeared for the exam in March 2016. The results of the exam were announced on Sunday.

Agastya cleared the SSC examination at the age of 9 in 2015, and had then taken permission from the Telangana SSC Board to appear for the exam, Kumar said.

But no such special permission is needed to appear for intermediate examination, Kumar said.

An official with the Board of Intermediate Education said the students appearing for the class XII exam only have to give information related to the subjects, medium of instruction and the second language, but not age.

The Board of Intermediate Education relies on SSC data for other information, he said.