The 12th edition of the lucrative Twenty20 league will be played between March 29 and May 19. 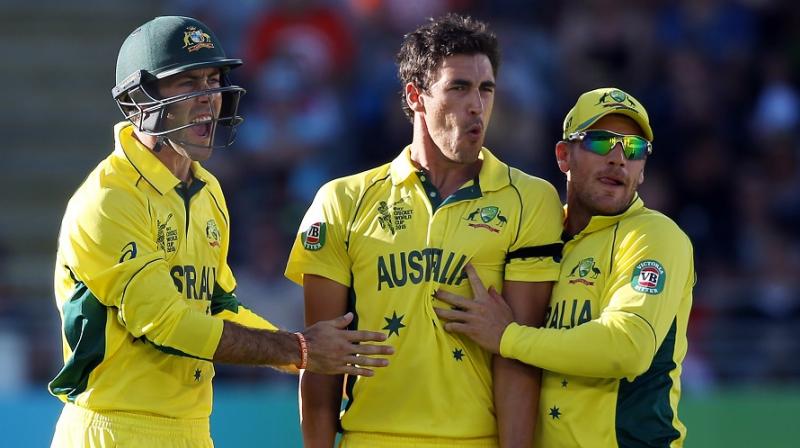 Australian cricketers, who can earn more than $1 million for a stint in the league, must receive the permission of CA and the board on Thursday announced a series of conditions. (Photo: AFP)

Sydney: Cricket Australia has informed players they will have to miss part of next year’s Indian Premier League if they are selected in the squad for the World Cup.

The 12th edition of the lucrative Twenty20 league will be played between March 29 and May 19, having been brought forward because of the 50-overs World Cup which begins in England on May 30.

Australian cricketers, who can earn more than $1 million for a stint in the league, must receive the permission of CA and the board on Thursday announced a series of conditions.

All players granted permission to play would have to be available to play at the World Cup and on the Ashes tour of England that follows in August and September, the governing body said in a statement.

Players involved in the Sheffield Shield final will only be released once that is concluded on April 1, while the 15 players selected to defend the World Cup will have to attend a mandatory training camp in early May and play warm-up matches.

“It is a difficult period with the IPL being brought forward to accommodate the Cricket World Cup, and overlapping our domestic season,” CA’s Belinda Clark said.

“We are committed to respecting the position of the Sheffield Shield, while ensuring Australia’s World Cup squad is well prepared for this critical world event, while also ensuring those that are fit to play have opportunity to participate in the IPL.

“While this is no easy feat, I think we have managed a reasonable balance that will enable the players to consider their options and choose what is right for them and their respective teams.”

Steve Smith and David Warner both secured $1.7 million paydays in last year’s IPL auction but were dropped after the ball-tampering scandal in South Africa that resulted in their one-year bans from international and state cricket.

Australia are also scheduled to play a one-day series against Pakistan that could overlap with the start of the IPL and CA said players would not be released until its conclusion.

“It is imperative that we ensure Australia is in the best possible position as we head into the Cricket World Cup and the 2019 Ashes series,” Clark added.

“This means prioritising our focus on match readiness and the health of our players.”