On thin ice? Not at all, says India’s fastest distance ice skater

What was another sport with wheels that could harness Jadeja’s mastery over the flatboard? It was the Winter Olympic sport ice skating! 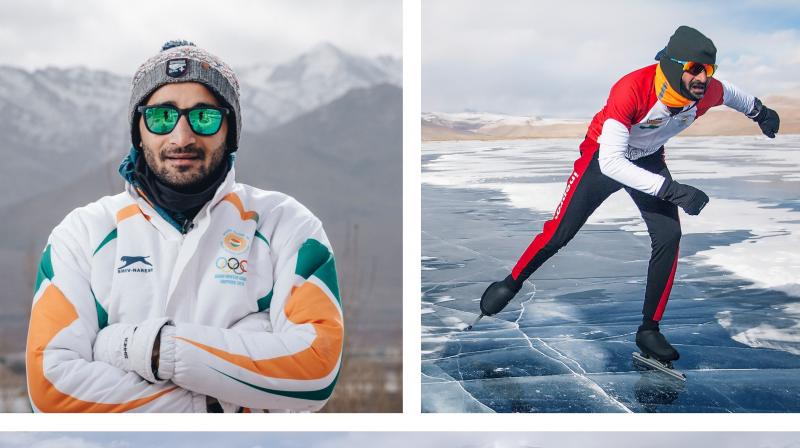 Mumbai: One does not usually connect ice with sports in tropical India.

But for Vishwaraj R Jadeja, the dream of an Olympic medal joined that gap. Today, he has put India on the world map by becoming India's fastest distance ice skater in long-track speed skating.

What was another sport with wheels that could harness Jadeja’s mastery over the flatboard? It was the Winter Olympic sport ice skating!

There was one major problem for the Ahmedabad-based Jadeja. Where was the ice?

Wim Nieuwenhuizen, who has trained world class athletes and Olympic champions, set out to train this unlikely student of ice skating.

He had support from his family too. “I was very well on my way to becoming a bad engineer. But I made this choice, and here I am,” Jadeja said.

Jadeja is now eyeing on the Winter Olympics in 2022 and other international championships like the Masters World Games (2020), the World Winter Games and the Asian Winter Games (2021).

Apart from that, he has his heart set on exploring frozen lakes across the world (between the altitudes of 4,000 metres and 5,500 metres), starting on the home turf.

Inspiration to many, Jadeja says, “Youth should look inwards. With a finite time on this planet and infinite possibilities, looking inwards will help us reach beyond the moon and more. With footsteps on the Moon, how can the sky be the limit?”

His ultimate goal is to bring ice skating to India.