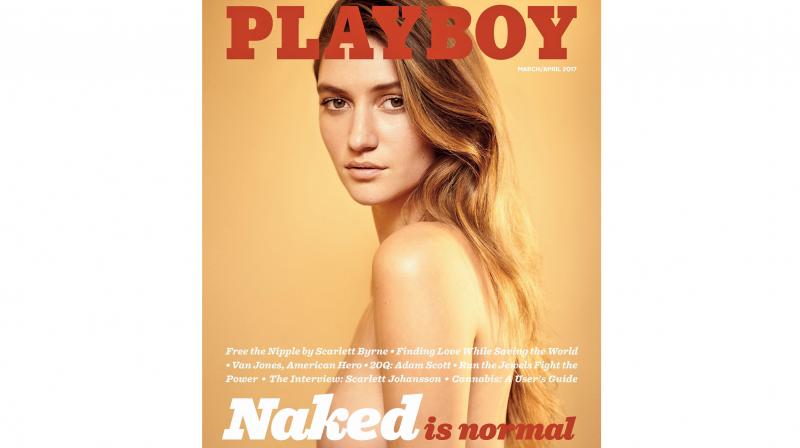 San Francisco: Naked women are back in Playboy magazine, ending a year-old ban on the nudity that made the magazine famous.

The decision to show less skin was made under the regime of Playboy Enterprises CEO Scott Flanders, who left the Los Angeles company last May to run eHealth Inc., a health insurance exchange.

Cooper Hefner, Playboy’s chief creative officer and the son of magazine founder Hugh Hefner, called the nudity ban a mistake on Monday in a post on his Twitter account .

“Nudity was never the problem because nudity isn’t a problem,” Cooper Hefner wrote. “Today we’re taking our identity back and reclaiming who we are.” Playboy declined further comment.

“Playboy and the idea of non-nudity is sort of an oxymoron,” said Husni, a journalism professor at the University of Mississippi. “They are always going to have the stereotype as a nude magazine.”

Now that nudity is back in its fold, Playboy is still going to have to figure out how to appeal to a younger audience that has grown up in a digitally driven age where nudity has become commonplace.

“The people who grew up with Playboy magazine are starting to fade away so they will have to figure out what the millennial generation wants in the 21st century if they are going to survive,” Husni said.

That challenge may fall largely on Cooper Hefner, 25, who replaced his 90-year-old father as Playboy’s chief creative officer last summer.

It also features an interview with actress Scarlett Johansson and pieces on actor Adam Scott.