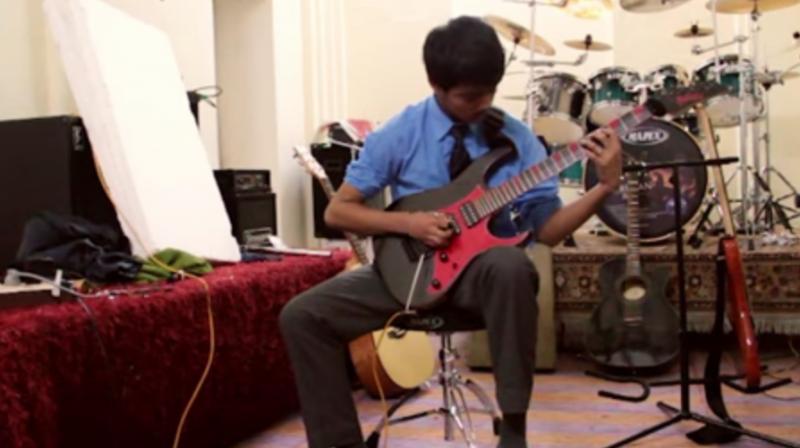 With scores of guitarists out there, it is often hard to stand; guitar riffs are often said regarded as the ultimate decider. The faster your fingers play, the better you are, they say. A 17-year-old guitarist Nirvana Bista from Nepal is currently making news for playing so fast, you can barely see his fingers (or so we think). A video of him playing Nikolai Rimsky- Korsakov’s Flight of the Bumblebee at a breathtaking 1600 BPM has appalled many viewers around the world.

The teen guitarist already holds the record for the Fastest Guitarist in the World as of 2015 so while the category has been currently discontinued, we can’t wait to see if he is indeed the fastest.

Watch the performance below: