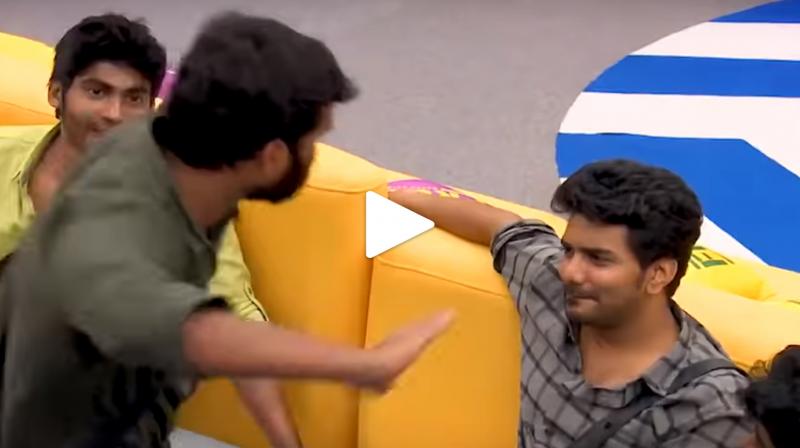 An IBTimes report claimed that Pradeep indeed slapped Kavin inside the house. The portal quoted Pradeep as saying, "For playing the game without dignity, for the shameful behaviour you did here and for breaking the trust of the people who believed in you, I am going to do something. If you emerge victorious, you can hit me back.”

Later, the video shows Pradeep and Kavin hugging each other. But this didn't go well with fans as they targeted makers for creating false sympathy.

Now, it'll be interesting to see how Bigg Boss Tamil 3 host Kamal Haasan would react to this act.