Newsmakers   14 Jul 2018  After Instagram love all this while, Priyanka Chopra finally opens up on Nick Jonas
Newsmakers

After Instagram love all this while, Priyanka Chopra finally opens up on Nick Jonas

The actress spoke about her rumoured boyfriend and their recent trip to India for the first time in an interview. 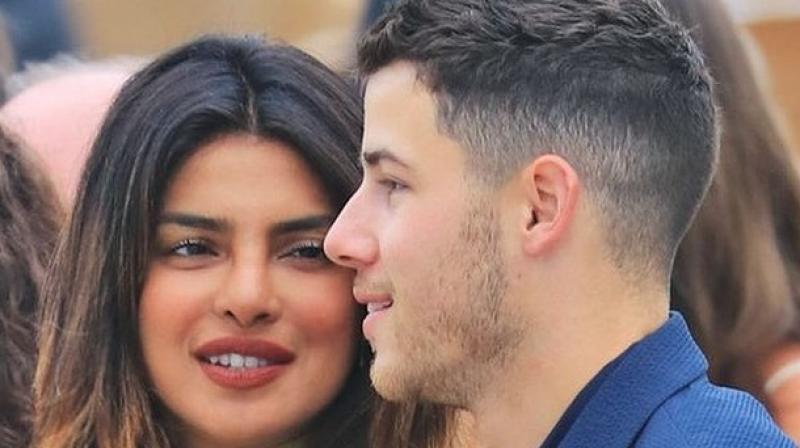 Priyanka Chopra is elder to Nick Jonas by 10 years.

Mumbai: An official confirmation, ‘Oh, we are dating’, nowadays is not needed as far as celebrity couples are concerned.

We can take a look at some of the recently married stars like Virat Kohli-Anushka Sharma or Sonam Kapoor-Anand Ahuja, who never ‘confirmed’ their relationships, but there was never any doubt in the minds of their fans.

And it’s no different for Priyanka Chopra and Nick Jonas too.

Starting off with love-filled comments on each other’s Instagram posts, followed by frequent appearances together in USA, the couple later arrived in India as well.

Their posing together for media as they dined out and at the pre-engagement celebration of Mukesh Ambani’s son, was assumed as the couple making it official.

Moreover, Priyanka reciprocating Nick Jonas’ ‘Her’ caption with ’Him’, both with love smileys, was another ‘official’ stamp on the relationship.

But Priyanka had not spoken about Nick since she started dating him, previously she had spoken to Jimmy Kimmel about their Met Gala appearance, something he did in a recent interview with People magazine.

When asked about relationship with Nick and their trip to India, she said, “We’re getting to know each other and I think it was a great experience for him.”

She added, “That’s what he said. I think he really enjoyed it." “It was really beautiful. He had a great time,” the actress continued.

The actress also doesn’t feel the holiday was a ‘relationship milestone’, because travelling is a part of her normal life.

“To me, my whole life is about travelling,” she added, “I travel every two weeks on a different plane. My family flies over, my friends fly with me. It’s not a big deal in my world. It’s my normal.”

And what would be the ideal date night for Priyanka? “Being in a surrounding where you can actually get to know them and it’s not about doing something that takes away from each other,” she replied.

“I wouldn’t want a date night in an activity. That’s not a date,” she continued.

She also said, “That’s a thing you do together, but date night is important to have two people be themselves and be able to spend time together and still love each other.”

“Date night for me would be someone being thoughtful about the person they care about and being with them,” she concluded.

Their frequent 'dates' leave no room for any doubt that Nick ticks all the boxes in these aspects.