Having to have both her legs amputated after bacteria infection, model makes name for herself in fashion industry using two prosthetic legs 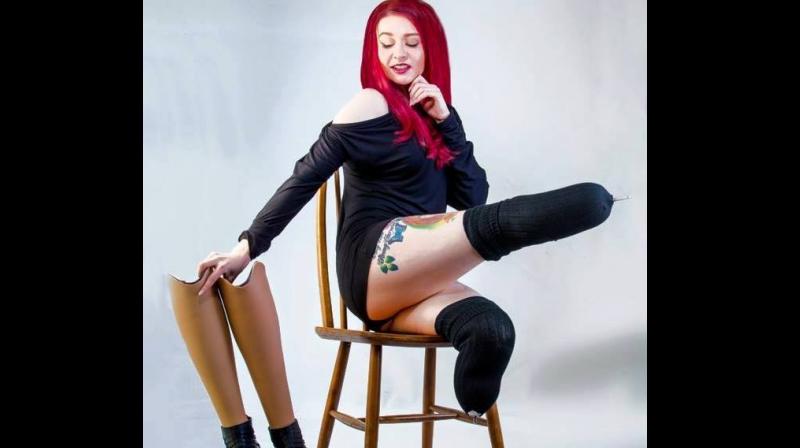 Paris had developed necrotising fascitiitis after a holiday in France following which she had to amputate both her legs in span of five years (Photo: Facebook)

Stacy Paris, a fashion model who lost both her legs due to a deadly flesh-eating bug has become the first double amputee in UK to walk the catwalk.

Paris had developed necrotising fascitiitis after a holiday in France following which she had to amputate her left leg. The bug infection returned five years later to claim her right leg as well.

Paris wasted most of her twenties in hospitals trying to get well and now after eight years, she has made a name for herself and recently graced the catwalk in one of the premier fashion weeks in UK.

Since the operation, she has also slimmed down from a size 10 and has modified her prosthetics to make her stand at 5ft 9 inches tall.