PM Modi was in Mamallapuram for informal talks with Chinese President Xi Jinping, who was on a two-day visit to India. 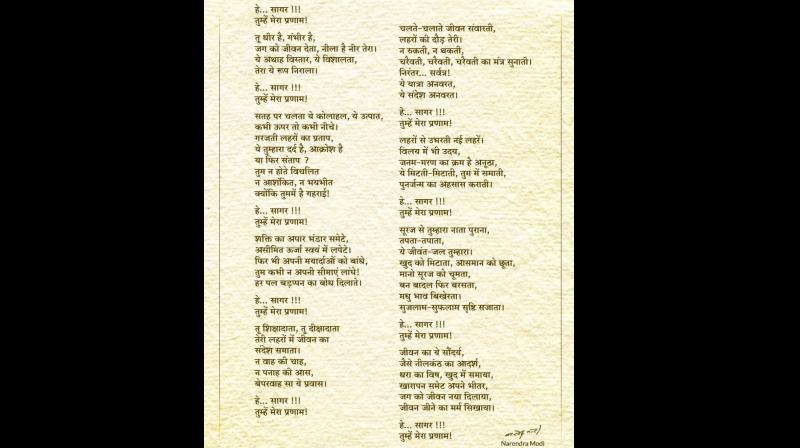 New Delhi: Prime Minister Narendra Modi on Sunday shared a poem penned by him during his stay in Mamallapuram.

Prime Minister Modi, on Saturday, morning took to plogging at a beach in Mamallapuram and called on people to "ensure our public places are clean and tidy."

"Yesterday, I was lost in conversation with the sea during a morning walk on Mahabalipuram beach," PM Modi wrote on Twitter while sharing the poem.

For his poem, Prime Minister Modi got appreciation from Ghazal maestro Pankaj Udhas who tweeted, "Wonderful expression with an amazing message."

Plogging is an exercise that combines jogging with picking up litter.

Prime Minister Modi had earlier too spoken in favour of the exercise, which not only keeps the body healthy but helps the environment.

PM Modi was in Mamallapuram for informal talks with Chinese President Xi Jinping, who was on a two-day visit to India.