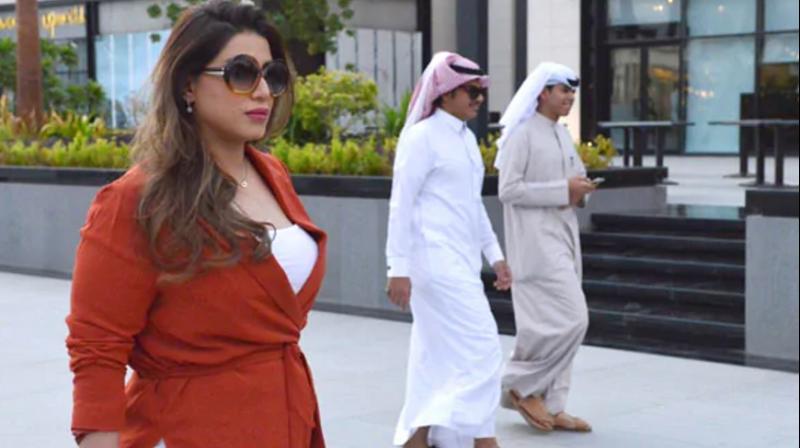 The 33-year-old human resources specialist strolled through a mall in central Riyadh last week wearing nothing but a burnt orange top over baggy trousers. (Photo: AFP)

Riyadh: Her high heels clacking on marble tiles, a defiant Saudi woman turned heads and drew gasps as she strutted through a Riyadh mall -- without a body-shrouding abaya.

The billowy over-garment, usually all-black, is customary public wear for women in the ultra-conservative Islamic kingdom, where it is widely seen as a symbol of piety. Last year, de facto ruler Crown Prince Mohammed bin Salman hinted during an interview with CBS that the dress code may be relaxed, saying the robe was not mandatory in Islam.

But despite his sweeping liberalisation drive, the practice continued as no formal edict followed. Some women subsequently mounted a rare social media protest against the restriction, posting pictures of themselves wearing the figure-concealing garment inside out.

Despite the risk of provoking arch-conservatives, many others now leave their cloaks open in the front or wear them in bright colours. Mashael al-Jaloud has taken the cultural rebellion a step further -- she stopped wearing the robe.

In a stunning sight, the 33-year-old human resources specialist strolled through a mall in central Riyadh last week wearing nothing but a burnt orange top over baggy trousers.