The duo's no-holds-barred display of affection is no secret with couple frequently sharing drool-worthy pictures on social media. 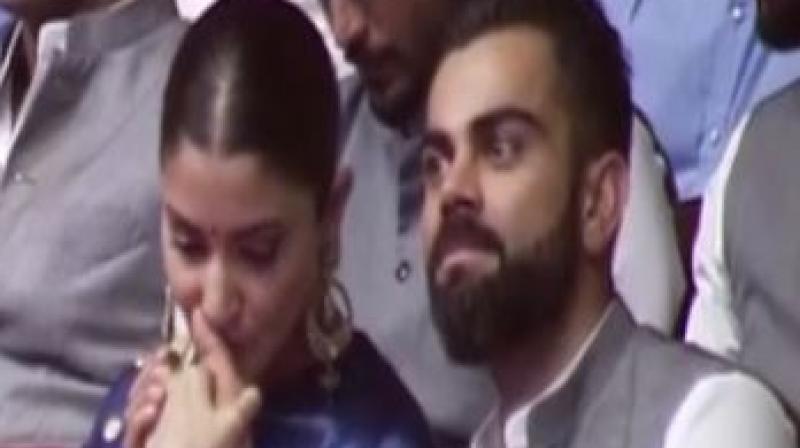 New Delhi: Looks like Anushka Sharma and Virat Kohli cannot get enough of each other!

The duo's no-holds-barred display of affection is no secret with the couple frequently sharing drool-worthy pictures on social media.

During an event here to rename Feroz Shah Kotla stadium as Arun Jaitley stadium, Anushka was seen kissing the hand of her hubby. Virat reciprocated by holding her hand affectionately. The couple was also seen chatting and flashing smiles during the event. 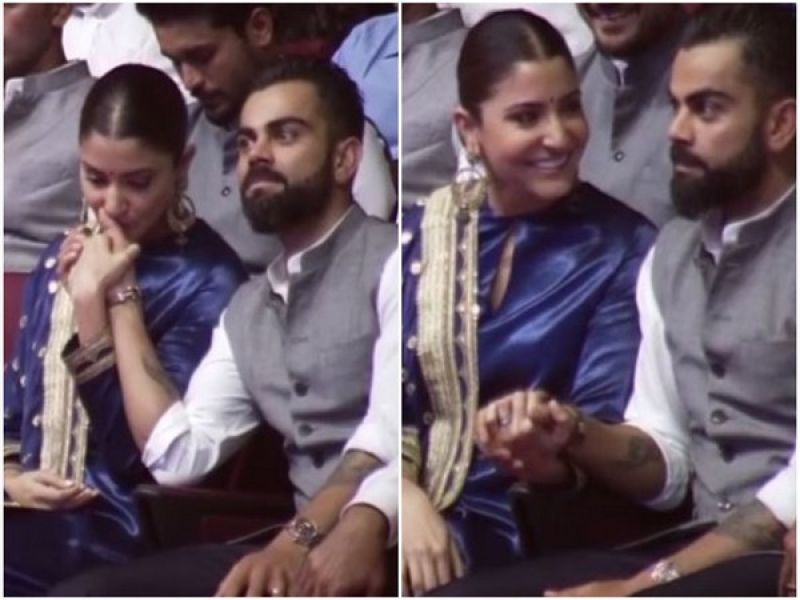 Anushka looked ethereal in traditional purple coloured ensemble paired with a matching golden bordered dupatta. Virat was seen in a Nehru jacket that he paired with a white shirt and dark coloured trousers.

Cute! @AnushkaSharma and @imVkohli caught in an adorable moment during an event in Delhi. pic.twitter.com/C3siyPkWFH

Also, during the event, a stand was unveiled after Kohli's name in the Feroz Shah Kotla stadium now renamed as Arun Jaitley stadium.

On Wednesday, Virat had posted on social media, a picture of himself with Anushka, where the actor is seen in a bikini and thick-rimmed black sunglasses while the skipper showed off his tattoos as he posed shirtless.