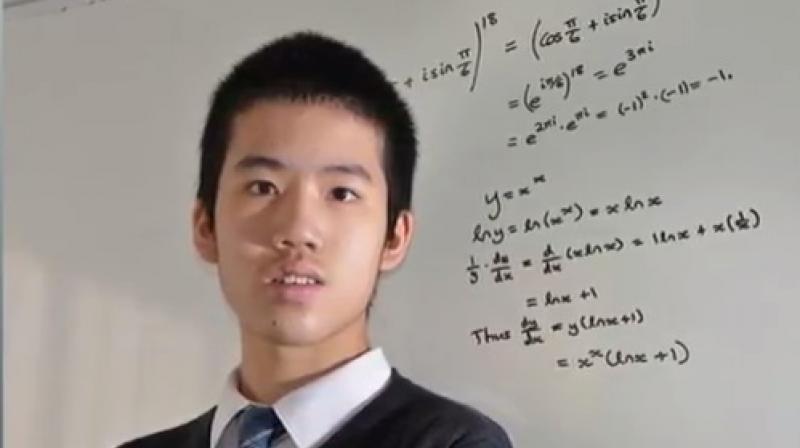 The pupil said he was delighted with his result - but admits that it is getting more and more difficult. (Photo: YouTube screengrab)

Wang Pok Lo has become one of Britain’s youngest graduated with a first class honours degree in maths. He is just 13-years-old.

The young genius studied in his free time to achieve the remarkable feat through an Open University course and has already started pursuing his Master’s degree.

According to a story published in The Daily Mail, the child prodigy was already doing sums when he was two years old and passed his Advanced Higher Maths exam when he was only 11.

Wang will still attend a conventional school. But will also pursue part-time MSc in statistic with medical application at Sheffield University.

The pupil said he was delighted with his result - but admits that it is getting more and more difficult.

The teenager at Queensferry High School in South Queensferry near Edinburgh, moved to Scotland from Hong Kong in 2006.