Warner’s century was his first since 2017, and was one of the major factors for their triumph over Pakistan 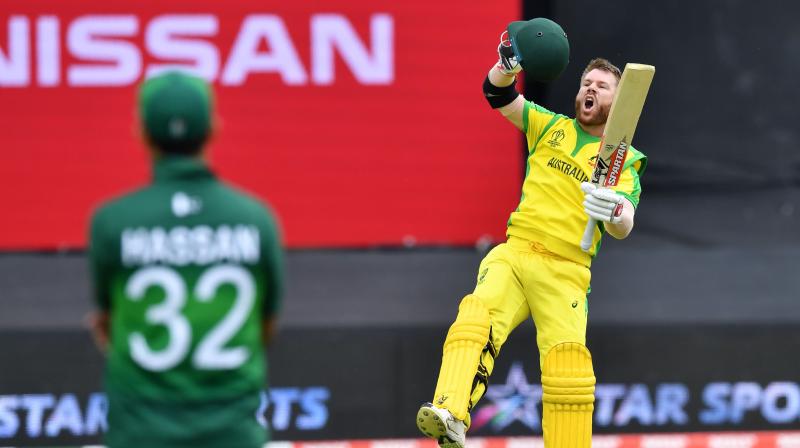 Winning the Man of the Match, Warner later opened up about how much the century meant to him. (Photo: AFP)

Mumbai: After returning to cricket after a year-long ban following his infamous ball-tampering controversy, David Warner scored a century against Pakistan in their fourth match at the ICC Cricket World Cup 2019.

The ton, Warner’s first since 2017, was one of the major factors for their triumph over Pakistan, even after Mohammad Amir’s five-wicket devastation. He scored 107 runs in 111 balls, with 11 fours and one six.

Winning the Man of the Match, Warner later opened up about how much the century meant to him. The player reportedly feared he would never score a century again with the international team. Now, Warner credits the success to his wife, Candice for her unshakable support that kept him going during the year-long ban.

“My wife is just, she’s just my rock. She’s unbelievable. She’s determined, disciplined, selfless,” said an emotional Warner to reporters at a press conference after the match.

“She’s a strong woman. And she got me out of bed a lot in those sort of the first sort of 12 weeks and got me back running and training hard as I could... She really nailed that into me.” he added.
Candice meanwhile is in England, pregnant with the couple’s third child.

Warner and his teammates are now enjoying an official ‘Family-Time’ period where the players can meet their families. They face Sri Lanka next on Saturday.