Tolton was born in Bush Creek, Missouri, on April 1, 1854 into a family of slaves owned by a white Roman Catholic family. 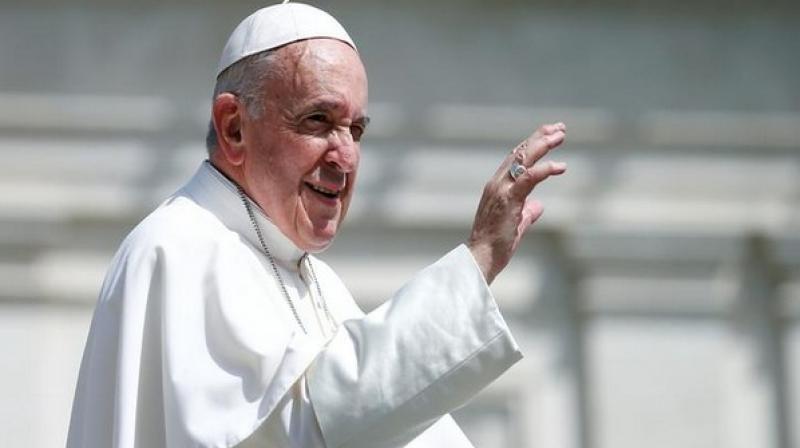 The Vatican said Francis approved a decree recognising Tolton's 'heroic virtues,' an early step in the sainthood process, after a five-year investigation in Chicago. (Photo: File)

Vatican City: Pope Francis on Wednesday put Father Augustine Tolton, the first African-American Catholic priest who started life as a slave in the 19th century United States, on the path to sainthood.

The Vatican said Francis approved a decree recognising Tolton's "heroic virtues," an early step in the sainthood process, after a five-year investigation in Chicago.
Tolton was born in Bush Creek, Missouri, on April 1, 1854 into a family of slaves owned by a white Roman Catholic family.

His father escaped bondage by serving in the Union army during the American Civil War and the rest of the family gained freedom in 1862 by crossing the Mississippi River into Illinois, a free state.

Although tutored by Catholics who recognised his intellectual prowess, he had to study for the priesthood at a papal university in Rome because no seminary in the United States would take him.

He was ordained in 1886, becoming the first African-American Catholic priest, and returned to Illinois to serve in black parishes in that state until his death in 1897.

Following investigations by Church historical and theological commissions, the pope on Wednesday granted Tolton the title "Venerable," meaning that Catholics can pray to him for intercession with God.

One miracle would have to be attributed to Tolton for him to be beatified, the next step in the process, and a second miracle after beatification would be needed in order for him to be declared a saint.

The Church teaches that only God performs miracles but that saints who are believed to be with God in heaven intercede on behalf of people who pray to them. A miracle is usually the medically inexplicable healing of a person.