It took me 35 days to complete the work and the amount spent on the ambulance was around Rs 1,10,000, the garage owner said. 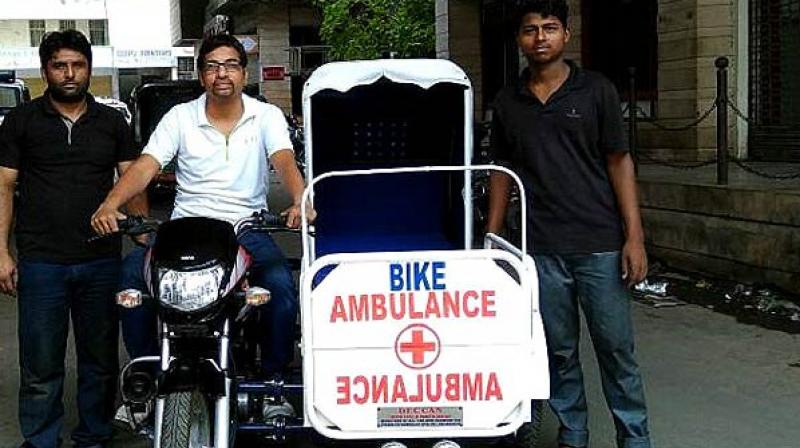 Hyderabad: There are many who cannot afford an ambulance service due to poverty and lately we have seen people carrying dead bodies on their shoulders, walking for kilometers.

A garage owner from Hyderabad, Mohammed Shahzore Khan, could not digest these news reports and wanted to do something about the same.

"I read some articles in papers where a husband carried his wife's dead body and walked. There are many such incidents and I wanted to do something for them. And I thought of a two-wheeler ambulance," he said.

This ambulance comes with an oxygen cylinder and a stretcher.

A blue light on top and a first-aid kit under the seat are the complete facilities.

Soon, he is planning to approach the government and make these ambulances, which are economical and available to rural sections of the society.

He said he will talk to the administrators about this cost-efficient ambulances.

Khan runs a garage named 'Deccan motor Cycle' in Hyderabad, which was established in 1951 by his late father Mohammed Nawas Khan.

"I am doing this work since 20 years and I want to do a community service now," he added.