India's medal tally at the Games has now increased to 34 including 16 gold, eight silver and 10 bronze. 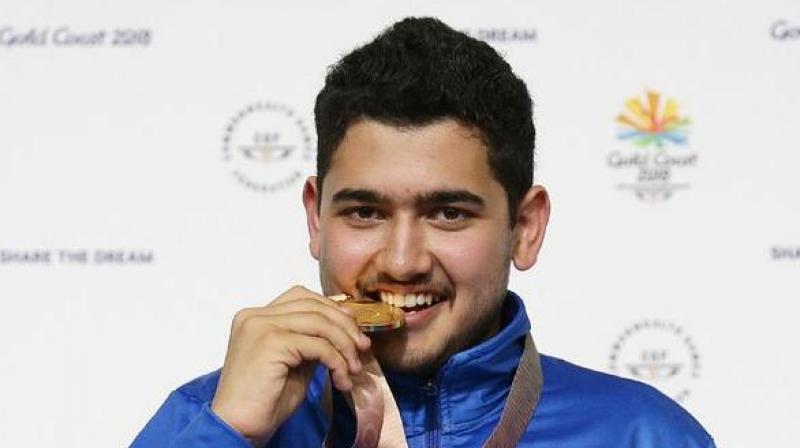 Gold Coast: Indian shooters continued to bring laurels even on the ninth day of the ongoing 21st Commonwealth Games, with 15-year-old Anish Bhanwala handing the country 16th gold here at the Belmont Shooting Centre on Friday.

The young Indian lad broke the Commonwealth Games record with a score of 30 to win the final and became the youngest athlete of the country to bag the gold at the prestigious quadrennial event.

Anish finished two points ahead of Australia's Sergei Evglevski, who posted a score of 28 to take the silver medal.

While, Sam Gowin of England settled for silver after posting 17 points.

Neeraj Kumar, the other Indian in fray, slipped as the finals progressed and finished at the fourth spot with a score of 15.Earlier, he made a second-place finish during stage two of qualification with 579-14x.

Earlier in the day, India's Tejaswini Sawant scooped up a gold medal after shooting a CWG record total of 457.9 in the finals of the women's 50m Rifle 3 event for her second medal at the ongoing Games.

She had yesterday claimed silver in the women's 50m rifle prone.

Meanwhile, Anjum Moudgil finished second and bagged silver in the 50m Rifle 3 event with a score of 455.7.

India's medal tally at the Games has now increased to 34 including 16 gold, eight silver and 10 bronze.