Newsmakers   13 Feb 2018  Kedarnath on hold: Abhishek Kapoor has another fallout with the producers
Newsmakers

Kedarnath on hold: Abhishek Kapoor has another fallout with the producers

KriArj Entertainment and T-Series faced major financial and creative differences with the filmmaker. 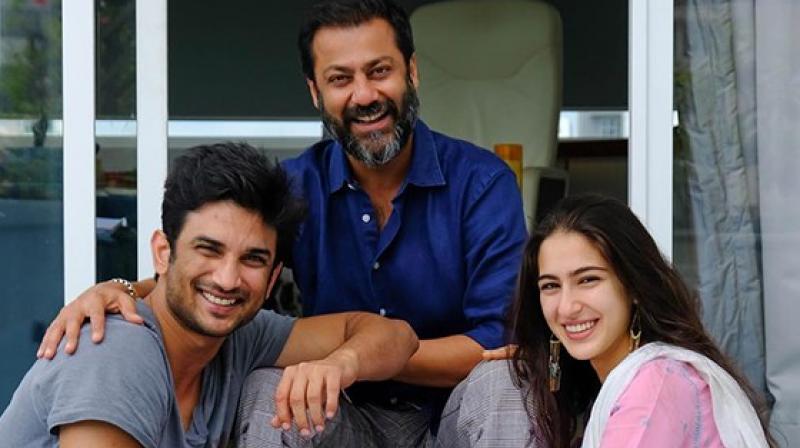 Mumbai: KriArj Entertainment who are fast gaining the reputation of backing some of the biggest blockbusters and music giants and production house T-Series announced their association with Kedarnath directed by Abhishek Kapoor.

While there has been ample speculation surrounding the severing of this partnership, official sources confirm that KriArj Entertainment and T-Series faced major financial and creative differences with the filmmaker.

These reports come as no surprise especially since Abhishek Kapoor has a history of fallouts through the span of his professional career. The filmmaker was earlier involved in spats with actor-filmmaker Farhan Akhtar, Excel Productions, veteran superstar Rekha and filmmaker Apoorva Lakhia among others .

Sources reveal that owing to his history and lack of professionalism, the film had no takers until KriArj Entertainment came on board to produce the film .

The new age studio, who shares a great equation with T-Series later brought them on board as well to look after other aspects like the music, digital, satellite and cable rights. However, both the studios were wary with Abhishek's interference in their financial decisions and his constant delays in delivering the film .The film was going grossly overbudget as Kapoor's planning was completely unprofessional and disorganized as the entire production was being handled by Kapoor's Guy In the Sky Pictures.

Says an inside source , "KriArj Entertainment and T-Series decided to come onboard since they believed in the film and in Abhishek Kapoor's vision. However, as Kedarnath unfolded several issues pertaining the dates of the talent , prep time and delays in the film's delivery began cropping up. Abhishek replaced several of the crew members and technicians at the very last minute. Despite investing a huge some of funding into the project , Kedarnath was going way overbudget owing to Gattu's constant unreasonable demands . He not only delayed the shoot of the film by six months but also majorly interfered in the film's financial planning and overall business workings. Abhishek also demanded that a higher price be quoted for the music rights and this despite T-Series being music moguls and being the best in the music industry".

Adds the source, "Deciding a film's release date should be the producers call since they are the one's investing huge sums into the project. However, Abhishek interfered in that as well and went on to announce a release date on Twitter without consulting KriArj Entertainment who were against releasing the film on the same date as Zero. There were also rumors of Abhishek Kapoor not allowing KriArj to sign Sara Ali Khan for another film they were in talks for and pressurized the studio to drop the film. It came to a point where the makers refused to put up with Kapoor's arm twisting. For now Kedarnath is on hold until everything is clear on papers".