This piece is a personal tribute to an extraordinary general, gentleman and my battalion commanding officer 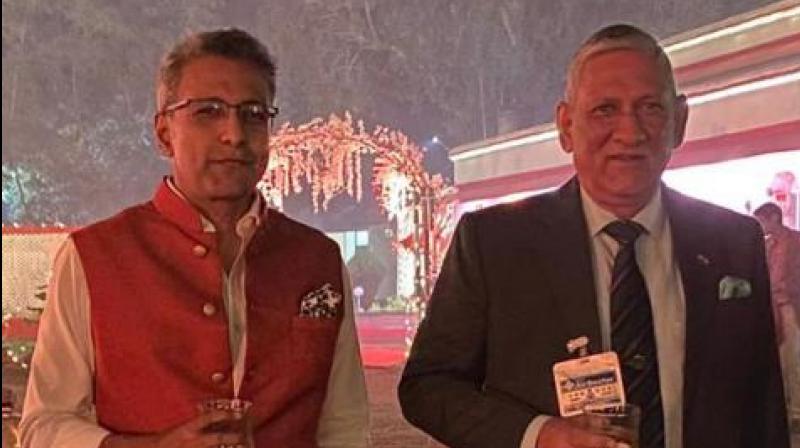 Four days is a long time. Earlier this week, I was planning to write a piece on the victory of the fifth battalion of 11 Gorkhas in the 1971 war. A fateful Wednesday morning changed that, when a helicopter carrying India’s first Chief of Defence Staff (CDS) General Bipin Rawat and his wife Madhulika Rawat crashed in the Nilgiri Hills, ending their lives. This piece is a personal tribute to an extraordinary general, gentleman and my battalion commanding officer.

On July 4, 1994, I arrived at my battalion stationed in Uri, Kashmir. I was a newly commissioned Second Lieutenant, exuberant but wet behind my ears. Summoned to the Adjutant’s office, I walked in and saluted the well-built, strapping senior Major, sitting behind the desk. After a brief welcome over tea, he handed me a series of minor errands in the unit.

Feeling like an underemployed youngster, in a melee of busy officers and men at battalion base, I strutted off to the quarter guard, company barracks, armory et al, asking questions and trying to look important. After a while, I returned to the adjutant's office, smug in the belief that I had found the right answers to the tasks. I was wrong. The adjutant, phlegmatic and unfazed, popped a few questions that I hadn’t figured, despite the efforts. How could that happen?

I was promptly dispatched on another round of errands on the missing answers, with additional tasks of scouring war diaries, preparing a brief on the battalion’s area along the Line of Control, etc. The cycle continued and each time I returned with responses, he would lob a thought that invariably had eluded me. That was the Adjutant’s way of getting me to learn the unit’s functions, operations and about the troops.

What struck me then was how the adjutant, despite an awfully busy day on relentless phone calls, monitoring operations and filing reports in a vital location in Kashmir, found time to spend an hour with me, with patience to correct my innocuous blunders. The adjutant wasn’t one to waste the first day of a young Indian army officer and wanted me to hit the ground running in the unit.

That was my first meeting with Major Bipin Rawat.

One morning, in my early days in the unit, a succession of solar powered rockets rained from the Pakistani area across the Jhelum and LoC, exploding on our side. One of them blew away the temporary accommodation to smithereens. Taken by surprise due to the boom, flash and flying rockets that threatened troops on our side, we realized after a couple had been fired that these rockets were timed to launch every fifteen minutes.

Amidst the mayhem, I remember Major Rawat’s composed voice on radio from the unit headquarters directing me to figure out the pattern of rocket strikes. His calmness and the presence of another unruffled figure at that place, Colonel Durga Prasad, was my first lesson on decision-making under pressure. After over a decade of service, I left the army for a corporate career.

Over the years, Colonel Rawat went on to command the unit and take it to greater heights. Yet, he remained firmly anchored to personal relationships, with officers and families from the regiment or from the wider armed forces community. The larger fauji fraternity reminisces about refined conduct of both the general and his wife.

Once, around 2001, when Colonel Rawat was posted at the Army headquarters, a young newly commissioned lady officer Lieutenant Madhvi Singh (wife of a fellow battalion officer) visited his South Block office. He received the young officer at the gate and after the meeting, saw her off past the labyrinthine lanes of the building.

The General’s wife, Madhulika Rawat, whose brother went to the same school as I (Daly College, Indore), was a kind hearted lady who many families will miss. On one occasion, a wife of a retired officer of the unit was recovering from cancer in Mumbai. Mrs Rawat decided to visit their house in Juhu, Mumbai, to spend time with the ailing lady. It sent the neighborhood security into a tizzy.

For those who knew of Gen Rawat as China-focused in recent times, his erstwhile battalion adjutant Major Manish Mall reminded of how, way back in 2001, when the nation was obsessed with Pakistan, Gen Rawat recognized China as the bigger threat in a presentation to a visiting corps commander.

In 2017, before starting on my debut book on the untold 1967 battles, I met General Rawat, then our Army chief. Since my book was to be based on events in the 1960s that warranted visits to units, regimental centers and key locations, I sought his thoughts. As I briefly narrated the story to him, the Chief squinted his left eye, tilted his head to a side and lightly tapped the pencil on his desk – a mannerism that, over years, was well known to unit officers as a popular giveaway about the General's liking for a topic.

“China? I am happy you’re writing on the subject. Bataa, how can I help?” he greeted my idea with typical reassurance and advised on the people and places for sources. I sought his wishes and left.

A remarkable aspect of the General’s aura was his immaculate sense of timing. Often, he read the tea leaves early. A few months ago, I met him at a literature fest where he delivered the valedictory address. Before he arrived at the venue, a Bangladeshi war hero on a panel rued how the victory of 1971 was often reduced to an Indian victory, though Bangladeshis had contributed too.

In walked the CDS and announced to the entire gathering, “1971 was a victory for the people of India and Bangladesh.” In the tea for participants that followed, the Bangladeshi war hero sidled up to me and gushed in Bangla, “Did you hear the CDS? …No wonder he is a true leader.”

With one inclusive stroke, General Rawat had turned around the opinion of the veteran.

A week ago, the battalion’s officers and jawans, serving and retired, along with their families gathered in Delhi for celebrations of the 1971 war victory. The CDS and his wife attended each event. The unit was his home: he socialized freely amongst troops, officers, families and children amidst food and banter in barakhanas and dinners; behind a tough exterior was a leader with a humane side.

Destiny ordained that everyone in the battalion came together last weekend to bid a final goodbye. At dinner last Saturday, I discussed my next book idea with him. Like earlier, he was enthused and said we must write more military history that drew people to read. I promised to meet him soon. That was my last conversation with my former commanding officer.

It has been an honor to have served alongside General Bipin Rawat, India’s first CDS, a military hero, a glorious officer of the regiment and a gentleman.

Major (retd) Probal DasGupta is the author of the bestseller, Watershed 1967, an Indian Army veteran, who served General Bipin Rawat as his battalion officer.