Ryan is the star of the YouTube channel Ryan'sToysReview and placed at number eight on Forbes' list. 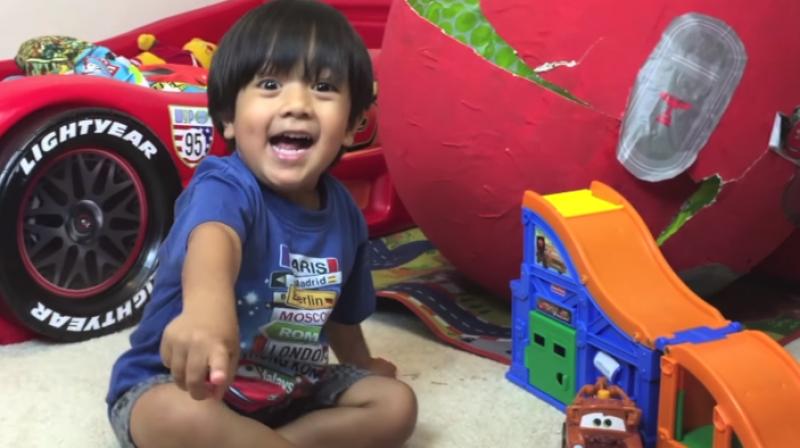 This six-year-old millionaire will make you regret your life choices.

The young boy makes $11 million a year reviewing toys and has made it to Forbes list of highest-paid YouTubers.

Ryan is the star of the YouTube channel Ryan'sToysReview and placed at number eight on Forbes' list, having brought in $11 million in revenue from June 1, 2016 to June 1, 2017.

Ryan was the only child on the list which also included names like Lilly Singh (iiSuperwomanii), Jake Paul, Felix KJellberg (PewDiePie), Logan Paul among others.

The channel has 10 million subscribers presently which translates to about $1 million a month in advertising revenue alone according to The Verge.

Ryan shot to fame when his 2015 video - where he unboxes a 'Giant Egg Surprise' which contained over 100 toys from Pixar's 'Cars' series- went viral and got over 800 million views.

While Ryan is the face of the channel, all the production and editing of his videos is done by his parents while he is at school.