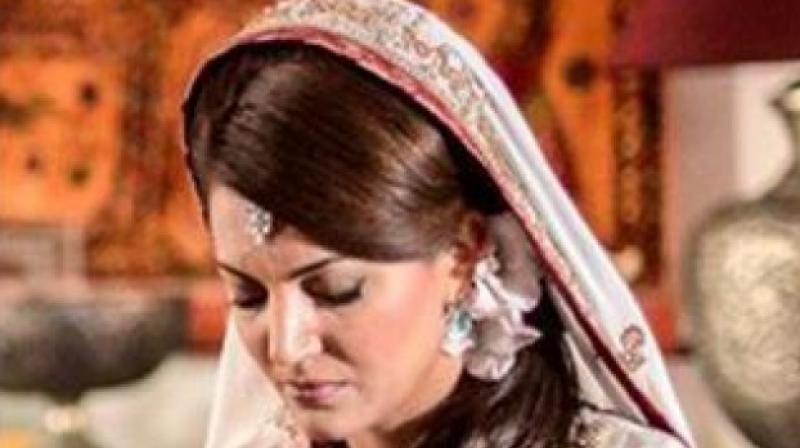 Islamabad: Reham Khan, the ex-wife of Pakistan Prime Minister Imran Khan, has revealed that the Pakistan government has been orchestrating forced abductions of the Sindhi social activist and nationalists.

In a video posted by Baloch Republican Party spokesman Sher Muhammad Bugti on Twitter, Khan spoke about the disappearances in Pakistan's Sindh province, saying, "The abduction of Sindhi social activists and Sindhi nationalists is a grave injustice. They should be treated as per the constitution and law of the state. The families of these disappeared people need closure as to whether they are alive or dead."

Showing a bunch of papers containing a list of missing persons, Khan emphasised how the forced abduction of people from Balochistan and Khyber Pakhtunkhwa has now spread to the Sindh region of the country, with a number of Sindhi activists going 'missing' without ever being found.

Blaming the mainstream media, Khan pointed out that these disappearances are only talked about on social media with government turning a blind eye to such reports.

"We talk about human rights violations in other parts of the world like Palestine. We cry foul over Kashmir but we never look within our own country. We should first look inwards at the rights violation in Pakistan," Reham said emotively.

Khan stressed that "if the missing people are criminal, who are picked up by the law enforcement agencies then they should be brought to the court, there should be convictions, prosecution and a proper legal course should be followed, so that their families are able to find a mental closure."

Reham Khan is a Libyan-born British Pakistani journalist, who is often scoffed at in Pakistan for spilling beans about the country. She married Imran Khan in 2015 but the couple divorced within a year of their marriage. Her recently released biography whipped up a political storm in Pakistan. In the book, she wrote in detail about the behind-the-scenes political atmosphere of Pakistan.

In the latest video, she said with visible conviction, "Kidnapping and killing people in encounters or abducting them just because they are accused of a crime or wanted by the state, is a grave human rights violation. They should be treated as per law and should be produced in court."

She appealed to political analysts, lawmakers and party leaders to save the Sindhi social activists of this grave injustice they are being subjected to. "I support a judicial, constitutional appearance of these people," said Reham Khan.