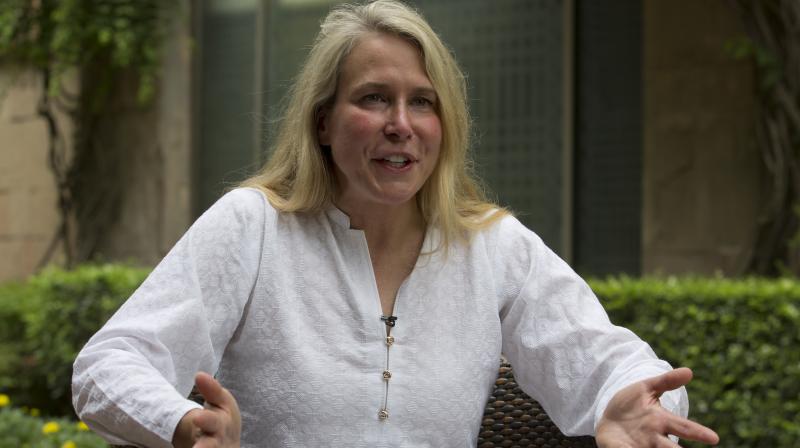 Islamabad: The first American woman to scale the world's second-highest mountain - Pakistan's dangerous K-2 summit - said on Friday that it was a "proud moment" when she hoisted the U.S. and Pakistani flags at the top of the mountain, long been considered "savage" for all climbers.

For climbers, K-2 is also considered particularly difficult, after Mount Everest. O'Brien, who conquered Everest in 2010, said she thinks her ascent and decent at K-2 was more challenging.

July was O'Brien's third try at conquering K2, after being unsuccessful in 2015 and 2016 when an avalanche buried all of her equipment and strong winds forced her team to return to base camp.

"K-2 is a different mountain," O'Brien told The Associated Press. This time they were lucky - no brutal avalanches and they found several places to rest before ascending higher.

O'Brien also said she hoped her achievement would help promote people-to-people contacts between the two countries and expressed her team's gratitude to Pakistan for facilitating their endeavor.

Her family, O'Brien said, was against her traveling to Pakistan because of near-daily militant attacks. In 2013, gunmen killed 10 foreign mountaineers and a local guide as they were trying to scale another Pakistani mountain.

But O'Brien insisted she enjoyed her stay in Pakistan.

The expedition began when a Pakistan Air force plane took her and the team to the northern town of Skardu.

She said Pakistan provided them best protection - only after the summit was she told that one of the gear handlers who accompanied the team was in fact a Pakistan army soldier, secretly sent by the government to watch over the team's safety.