Goldman Sachs Group made the prediction based on its forecast on data mining, machine learning and econometrics. 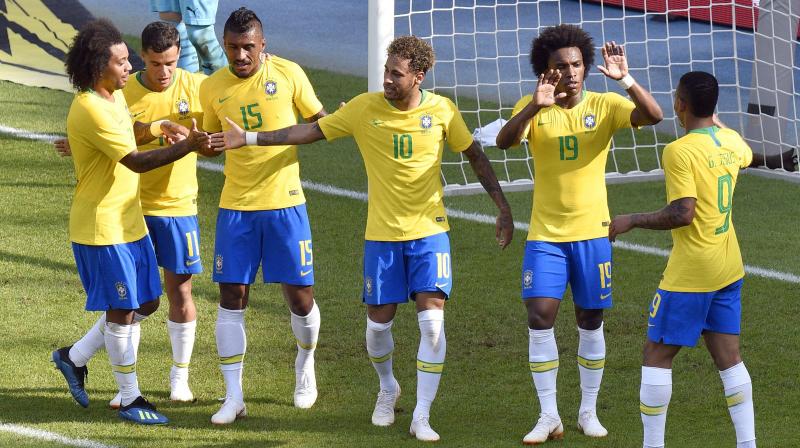 In 2014 Brazil were knocked out in the semifinal stage by Germany. (Photo: AFP)

While fans are desperate to see their team lift the title in Russia, Goldman Sachs Group reckons Brazil will win its sixth World Cup, basing its forecast on data mining, machine learning and econometrics.

According to reports in Bloomberg, the investment bank used 200,000 statistical models, sifted data on individual players and recent team performance and ran 1 million simulations of the tournament. As a result, it predicts that Brazil will lift the trophy on July 15.

Four years back (2014) the selecao were humiliated 7-1Germany leaving the nation in tears and dent their bid to lift the world cup on their home ground.

“We feed data on team characteristics, individual players and recent team performance into four different types of machine learning models to analyze the number of goals scored in each match. The models then learn the relationship between these characteristics and goals scored, using the scores of competitive World Cup and European Cup matches since 2005. By cycling through alternative combinations of variables, we get a sense of which characteristics matter for success and which stay on the bench. We then use the model to predict the number of goals scored in each possible encounter of the tournament and use the unrounded score to determine the winner.” - Goldman Sachs, June 2018.

It remains to be seen if the module prediction turns out to be true as World Cup has been game of unpredictability.