Taniguchi's work is hailed for its delicate line drawing and intricately-constructed landscapes. 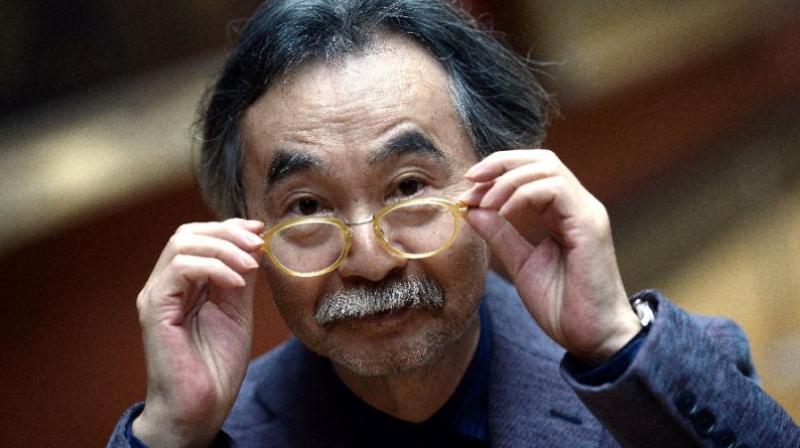 In works such as "The Walking Man", the protagonist is occupied less by any specific action as with a fascination with aspects of everyday life (Photo: AFP)

Paris: Jiro Taniguchi, a legend in Japan's comic art of manga, died in Tokyo on Saturday at the age of 69, leaving behind an international following for his exquisite line drawing of scenes from everyday life.

The artist's French publisher Casterman announced his death on its website, adding that he had been seriously ill, as it expressed its deep condolences to his family.

Taniguchi first shot to fame in Japan at the end of the 1980s with the first volume of "The Times of Botchan", which centres around Natsume Soseki, one of Japan's greatest writers.

Just over a decade later, he hit the international manga scene with "A Distant Neighbourhood", about a Japanese salaryman who travels back to his childhood -- widely seen to this day as his masterpiece. Taniguchi's work is hailed for its delicate line drawing and intricately-constructed landscapes.

Critics have also praised his gentle subject matter for standing in stark contrast to the usual fare of high school romance or sometimes violent pornography consumed by some of Japan's manga fans.

In works such as "The Walking Man", the protagonist is occupied less by any specific action as with a fascination with aspects of everyday life -- the things he finds, the scenes he sees and the people he meets on his strolls through suburban neighbourhoods.

Taniguchi's detailed landscapes populated by vaguely cartoonish characters drew comparisons in the West with some of the better-known European comic heroes, such as Tintin.

Born in 1947 to a modest family in the city of Tottori, 100 kilometres (60 miles) northwest of the old imperial capital Kyoto, Taniguchi had his first cartoon published in 1970. He became especially popular in France, one of the biggest markets for graphic art.

"He was seen by French readers, illustrators and publishers as a god, while he presented himself as a regular guy," fellow manga artist Tori Miki said on Twitter.

In 2011, the French government awarded Taniguchi the Knight of the Order of Arts and Letters -- one of the country's most prestigious prizes.

Four years later, the annual cartoon festival in the French city of Angouleme held a retrospective of his work. "He was preparing a new work intended for family readership, a story in three volumes, 'The Millennium Forest,' in full colour, a new approach to manga," his agent and translator Corinne Quentin told AFP in Tokyo.

Casterman, his publisher, also praised Taniguchi's character, describing him as an "extraordinarily kind and gentle" person.

"The humanism that imbued all his work is familiar to his readers, but the man himself was much less well-known, naturally reserved in character and more inclined to let his work speak on his behalf," it said.

Taniguchi's panels were painstakingly hand-drawn, using paper, pen, and a craft knife. "I do not use a computer because I don't know how, I don't have that skill," he told AFP in an interview in Tokyo in 2012.

"I don't know why I am also known outside Japan. Perhaps it is because my work is similar to Western comics, which I've followed for 30 years and they have influenced my subconscious," he said.

He was deeply affected by Japan's devastating 2011 tsunami and nuclear accident at Fukushima and even considered abandoning his work as useless in the face of such destruction.

But he said he drew inspiration from how his fellow Japanese people dealt with the aftermath of the disaster and carried on.

"I continued thanks to my readers, thanks to the voice of the survivors that made me realise that they still wanted to read my work," he said.