The growth is estimated to be steady for the coming week, with the Sunday collections expected to be even more phenomenal. 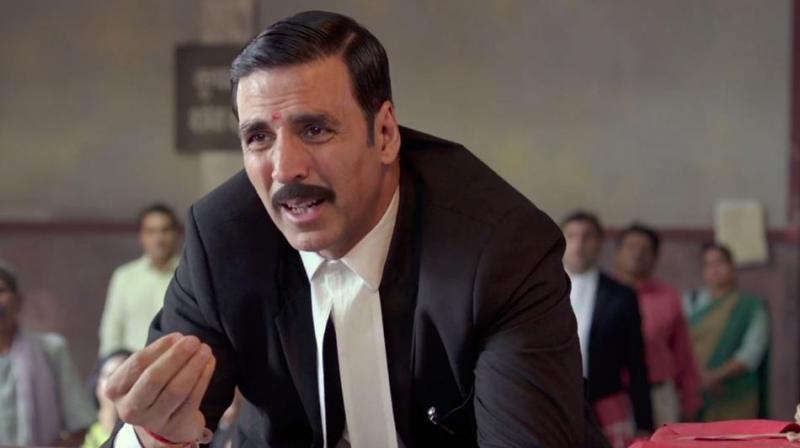 Mumbai: Akshay Kumar had been the most consistent actor in 2016, with all three of his releases, 'Airlift,' 'Housefull 3,' and 'Rustom' grossing over 100 crore rupees at the box-office.

And the Khiladi seems to be in no mood to stop, with his first release of 2017, the Subhash Kapoor helmed 'Jolly LLB 2,' grossing nearly 30 crore rupees approximately at the box-office, in just its first two days of release.

The relatively 'small' film has been such a huge phenomenon that its virtually stagnated the collections of this year's grand Republic Day releases, 'Raees' and 'Kaabil'.

The film grossed approximately 12 crore rupees on its opening day alone, according to boxofficeindia(dot)com.

The word of mouth and critical reviews have been so tremendously strong, that Saturday saw a growth of 35%, with the film grossing 16.25 crore rupees (approx.)

The growth is estimated to be steady for the coming week, with the Sunday collections expected to be even more phenomenal.

Akshay Kumar, who's got a slew of interesting projects lined up for 2017, is expected to cross the 100-crore mark with this sequel to the cult Arshad Warsi starrer 'Jolly LLB,' thereby consolidating his stature as the most dependable and experimental superstar around, at the moment.