Diamonds are not forever

Searches have turned up 200,000 euros in cash in Kim Kardashian heist. 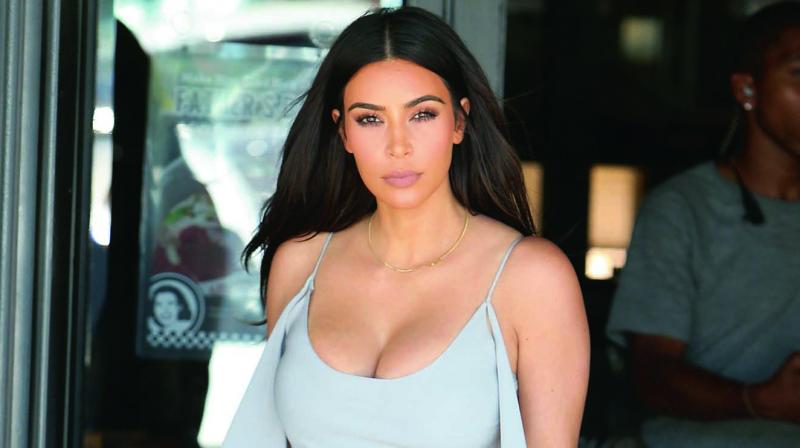 Nice, France: Looks like Kim Kardashian will not be able to flaunt her engagement ring soon! Though the star’s 30,000 euro diamond necklace was found in the street by a passer-by hours after the Paris heist, but none of the other jewels have been recovered, according to investigators.

Searches have turned up only 200,000 euros in cash. Kim was robbed at gunpoint in Paris on October 3 last year. Two unidentified brothers allegedly “disposed” of the flashy bling. The nine million euro haul was the biggest from an individual in France in two decades. It also generated more unwanted publicity for Paris, which has seen its image damaged by major terror attacks in 2015 and last year.

Luxury hotel bookings and foreign tourist arrivals in France are both down. The biggest French jewellery heist ever occurred in July 2013, when robbers attacked an exhibition of ‘Extraordinary Diamonds’  at the Carlton hotel in Cannes and made off with an estimated 103 million euros in jewels.

Meanwhile, the French police suspect that a 72-year-old convicted cocaine dealer was among five masked gunmen who broke into Kim’s apartment and robbed her, a source close to the probe said on Wednesday. Pierre B. - nicknamed ‘Pierrot’ - was arrested on Monday at a villa on the Riviera in a series of coordinated raids in Paris and the south of the country over the robbery.

He was convicted of cocaine trafficking in 2006 and had appeared on the police’s radar “from time to time” since over his links to criminal gangs in southern France, the source said. A 60-year-old is also in custody and suspected of being among the five armed men. Investigators say all five suspected robbers are in custody as well as the suspected mastermind of the break-in.

Three of the 17 arrested so far were released on Wednesday, a legal source said. They include a chauffeur who drove Kim during her Paris stay and whose arrest led to suspicions that the gang had inside information on her movements.

The driver's brother remains in custody on suspicion of tipping off the others that Kim's bodyguard Pascal Duvier was absent on the night of the robbery and giving them details about her residence. Duvier was not with Kim because he was providing security for her sister Kourtney at a Paris nightclub. He no longer works for the family. Police tracked down the suspects after finding DNA at the crime.