The indian shuttler hopes to put up good performance against top shuttlers who will be playing in the event. 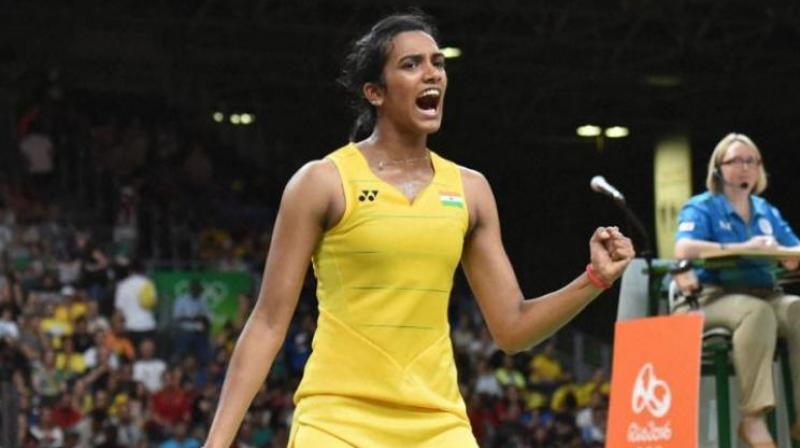 New Delhi: Olympic silver-medallist P V Sindhu is satisfied with what she has achieved so far this year but wants to cap a successful season with yet another title at the USD 1000,000 Dubai World Super Series Final starting on Wednesday.

"It has been a good year for me and I'm very happy with my performance. I won two Super Series and a runners-up and also a silver at World Championship. I have no regrets because I did pretty well this season. Now I really hope the year ends on a good note, that is at the Dubai Super Series Finals, I  hope I do well there," Sindhu told PTI.

"It is not going to be easy as all the top players will be playing in this event. Each match from the first round itself will be very tough. So I will have to be prepared from the start to do well in Dubai," added the Hyderabadi, who had reached the semifinals at Dubai event last year.

Asked which matches impacted her most this season, Sindhu said: "Each match was comparatively different and in the starting it was Sindhu-Marin and then it was Sindhu-Okuhara at the World Championship and also there were other good matches.

"I think each player has a different style of play and every match is different. Well, not one in particular but I think the World Championship final impacted me the most." The 22-year-old Indian has played all the 12 Super Series tournaments this season and she credited her training sessions which helped her to manage the workload.

"Training was going well and I had to be prepared for every match. Every month we had tournaments and I am happy the way I have managed the workload. It worked out fine for me," said Sindhu, who played five back-to-back tournaments in October-November.

Badminton World Federation (BWF) has revamped the international circuit and made it mandatory for the top 15 players to play at least 12 tournaments next year. Asked about the schedule next year, Sindhu said: "I think it would be a hectic schedule next year and we have to plan it out accordingly and play tournaments because each event will be important and also we have other important tournaments such as Commonwealth Games and Asian Games.

"It's just that we have to be prepared. I will have to sit with my coach and plan accordingly. The scheduling will depend on the training sessions, how fit I am and how I am playing and also it's my coach's decision, so I will sort it out with him which tournaments to play," she added.

Sindhu, who finished runners-up at the Senior National Championship in Nagpur, said it would be difficult to figure out a window for the domestic tournament next year. "It depends on the schedule as 2018 would be very hectic. It would be difficult to figure out which month or which date it would be. It would not be easy for me or other players. It depends on the scheduling of the tournaments which I play and I will decide accordingly," she said.

BWF has decided to trial a new kind of service rule next year starting at the 2018 All England Open Championships and Sindhu said they would have to practice it during training before playing at the tournaments.

"I heard about the new service rule. I think we all have to be really conscious about it, it would be implemented from the All England and we have to really practice it before we play in the tournaments but I think it would be good for everybody," said Sindhu.