Banu also said she feels blessed that so many people send their best wishes and pray for Kumar's well-being. 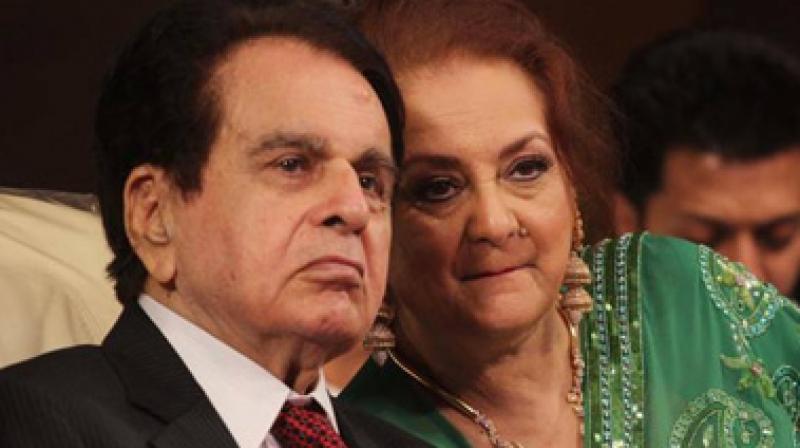 Mumbai: As legendary actor Dilip Kumar turns 95 tomorrow, his wife Saira Banu plans to treat him to his favourite delicacies - biryani and vanilla ice cream -- on the occasion.

Banu says she is not planning to throw a birthday party this time as Kumar is still recovering from pneumonia.

"He loves biryani and that will be made for him but I will give him only little as he is unwell. He is also fond of vanilla ice cream, I will ask the doctors if we can give him a little bit of that too. Then we will have a birthday cake," Banu says in an interview with PTI.

"We will not have a grand birthday party as he is not keeping well. The immune system is not so good after he was down with pneumonia. I cannot let him exert now," she adds.

Banu also plans to buy Kumar a new pair of shirt and trousers.

"Dilip Sahab is fond of good and simple clothes. He likes cotton shirts and trousers and matching shoes and socks. He has a huge collection of shoes, which he has from world over.

"Every year I order things of his choice. He is not a materialistic man. He doesn't like expensive gifts. My one consistent gift to him every year is my love, which keeps intensifying," she says.

The yesteryear actor says she feels blessed that so many people send their best wishes and pray for Kumar's well-being.

"It is going to be his 95th birthday. I know lakhs of people wish and pray for his good health and it touches my heart. To see so much love and respect for him is heart- warming. I thank the lord for being so kind.

Message from Saira Banu: On Dilip Saab's birthday, as we get together as a family with Saab's brothers, sisters, relatives and some close friends, my thoughts reach out to all the wonderful fans and well wishers for the duas and prayers for Dilip Saab. A million thanks. 1/n

2/n What are we planning for the birthday, I am being asked repeatedly. Well, for those who don't know what we have been doing every year-it’s a day when our residence turns into a gorgeous fairyland with flowers and floral arrangements from loving visitors which means a lot.

3/n Every year on Saab’s birthday our house is open all day for friends and family to come and spend quality time with Dilip Saab. But tomm. will be bit restricted as doctors have advised Saab to be protected from any infection.

4/n If you have read Dilip Saab's autobiography you would be familiar with his quote.... that the warmth of the clasp of the hand of strangers who approach him to tell him how much they liked his work is bigger than any award for him. God bless all of you.

Last seen on the big screen in 'Qila' in 1998, the actor was honoured with the Dadasaheb Phalke Award in 1994 and the Padma Vibhushan in 2015.