The head constable said Jayalalithaa was his idol since his college days and described her as his mother. 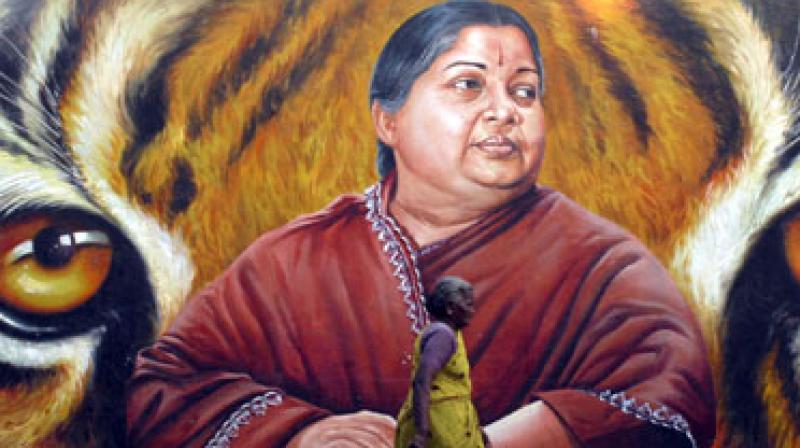 The cop has several records to his name (Photo: AFP)

Chennai: Jayalalithaa’s demise brought about the end of an era Tamil Nadu and Indian politics. As condolences poured in from various parts of India, some paid unique tributes to the iconic leader, who is remembered for emerging as a woman in an aggressive, male dominated political arena.

While the Chennai police was applauded on social media for successfully maintaining law and order after amma’s tragic demise, another cop from the state is in the news for a different reason. 45-year-old R Velmurugan quit his job as head constable of Odapatti police station, and said that he will devote his time to building a temple for Jayalalithaa.

The constable had previously served on Jayalalithaa’s security team at Poes Garden between 1999 and 2002, and his father had served the leader’s mentor MGR. He described Amma as an idol since his college days, and said he eagerly waited for Jayalalithaa’s smile every day as a part of her security team.

The constable has previously performed extraordinary feats by standing on one leg for 81 hours, swimming 157 km in the Periyar river and running 3600 km across Tamil Nadu in 81 days, as he holds record and has donated the prize money earned from his achievements, yet he describes an honour from the former CM as his greatest reward.

He plans to build the shrine by February 2017, as he wants to invite CM O Paneerselvam to inaugurate it on Jayalithaa’s birthday on February 24.