Berlin gay couple are the first to adopt child in Germany

The Koroks have been caring for foster children for several years. 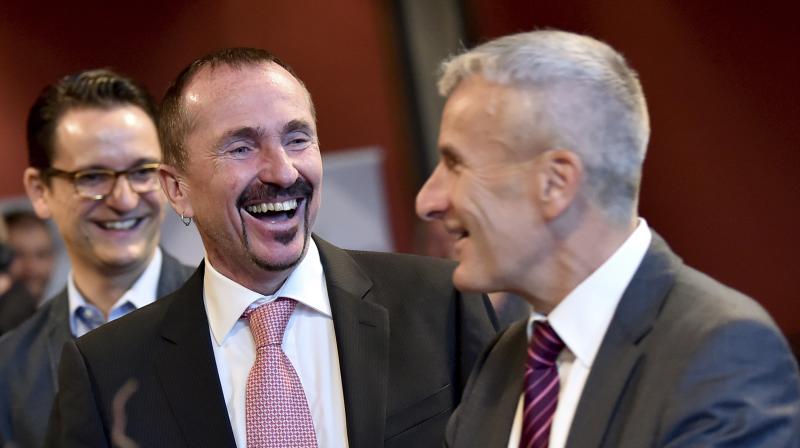 The couple has become the first in Germany to celebrate a same-sex wedding, after a new law called “marriage for all” came into force Sunday. (Photo: AP)

Berlin: Two men in Berlin have become the first same-sex couple in Germany to jointly adopt a child - a boy who has been living with them since shortly after birth.

The Lesbian and Gay Association Berlin-Brandenburg said Tuesday the couple have been officially informed by authorities that the adoption has been approved.

Michael and Kai Korok were among the first same-sex couples in Germany to marry after a law permitting such unions came into force October 1.

The Koroks have been caring for foster children for several years and had planned to challenge the legal hurdles that prevented same-sex couples from jointly adopting, until the law was changed.