Reacting to the case filed against him, Supriyo said that he shared what was already viral 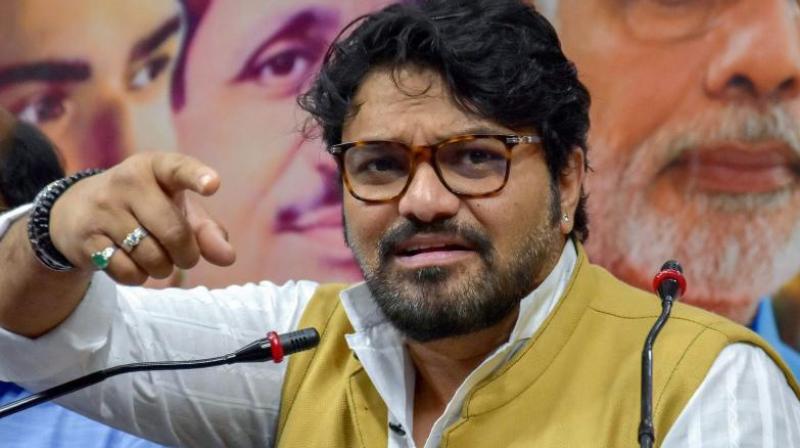 Kolkata: Union Minister Babul Supriyo was booked under non-bailable sections of the IPC by the Kolkata Police on Sunday for sharing a "fake" photo on Twitter purportedly showing Chief Secretary Rajiva Sinha sharing drinks with a few persons, including Kartik Banerjee, the brother of Chief Minister Mamata Banerjee, a senior officer said.

The case was filed after Supriyo shared the photo on May 8, he said.

Supriyo has been booked under IPC sections 153A (promoting enmity between different groups on grounds of religion, race, place of birth, residence, language, etc.), 505 (statements conducing public mischief) and 120B, among others, the officer said.

Some of the sections under which he was booked are non-bailable, he said.

"We have filed a case not only against Supriyo but also a few others who shared this fake photo. Sharing fake posts/photos is a punishable crime," the officer said.

Earlier, the Deputy Commissioner of Police of South Kolkata tweeted, "This post circulating on social media is fake. The information shared in the message is false. A case has been started over this and legal action being taken."

Reacting to the case filed against him, Supriyo said that he shared what was already viral and termed the state's police an "extension of the Trinamool Congress".

"Fine, I will surely ask a question that is being asked by millions. I didn't release the photo - It was already Viral. Everyone knws that West Bengal Police is an extension of @AITCofficial (sic)," he tweeted.

"As for legal proceeding, please consult with Shri Kartik Banerjee himself and act as per his orders - that is what you do anyways. Hve you heard about Harish Chatterjee street where all properties have been usurped by AITC netas. Locals call it BanerjeePara, sure you know that," Supriyo said in another tweet.

Later, Kartik Banerjee issued a statement condemning the social media post by the Union minister and said he would take legal action.

"The post shared by Union Minister Babul Supriyo is completely fake. I condemn such irresponsible behaviour by a Union Minister. I consider sharing fake posts to mislead the people at the time of crisis a social crime. I have decided to take legal action against it," he said.

The BJP and the ruling Trinamool Congress have been involved in a relentless bitter battle, often escalating, over the state's response to the coronavirus outbreak.

The BJP has alleged that the state is hiding the actual COVID-19 casualty figures and is not serious enough in enforcing the lockdown, a charge rubbished by the TMC as baseless and politically motivated.