Actress decried movement saying it unfairly punishes men for flirting ‘insistently or clumsily’ with members of the opposite sex. 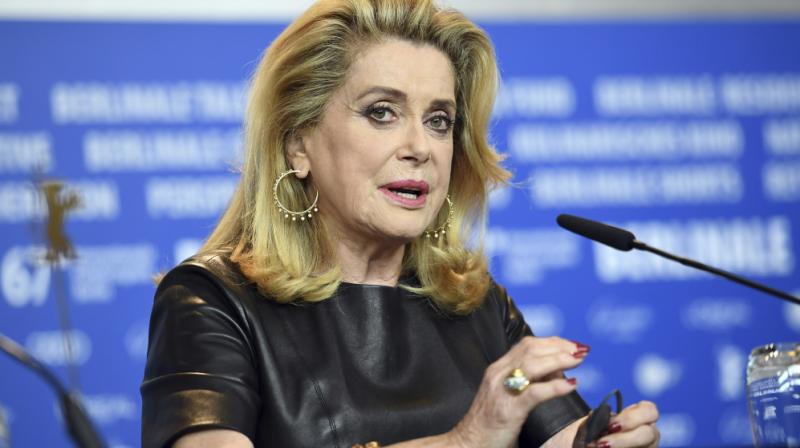 Deneuve denounced the #MeToo movement and its French equivalent, #Balancetonporc (Call out your pig), in a letter. (Photo: AP)

Iconic French actress Catherine Deneuve, along with 100 other French actors, has attacked the 'puritanism' sparked by recent sexual harassment scandals, declaring that men should be 'free to hit on' women.

The actress decried the MeToo movement saying that it unfairly punishes men for flirting ‘insistently or clumsily’ with members of the opposite sex.

Notably, the MeToo movement started as a result of sexual harassment scandal in Hollywood.

Deneuve denounced the #MeToo movement and its French equivalent, #Balancetonporc (Call out your pig), in a letter, signed by over 100 French actors, and said the movements have created a totalitarian climate by publicly prosecuting private experiences.

The women claimed that the 'witch-hunt' that has followed the accusations now threatens sexual freedom.

The letter, which was published in the French daily Le Monde, said, “Rape is a crime, but trying to seduce someone, even persistently or cack-handedly, is not - nor is men being gentlemanly a macho attack,' explained the letter, which was published in the daily Le Monde. Men have been punished summarily, forced out of their jobs when all they did was touch someone's knee or try to steal a kiss.”

The letter further denounced a ‘new puritanism’ and the array of ‘denunciations’ that have brought down men following the sex-scandal that rocked Hollwood this past year.

The letter was also signed by Catherine Millet, author of the hugely explicit 2002 bestseller 'The Sexual Life of Catherine M'.

However, a group of around 30 activists, led by prominent feminist Caroline De Haas, responded on Wednesday with a scathing critique, published on France Info.

They accused the signatories of deliberately mixing "seduction, based on respect and pleasure, with violence."

The feminists lead by De Haas wrote that sexual violence is not 'intensified flirting,'

They went on to write, “One means treating the other as your equal, respecting their desires, whatever they may be. The other is treating them as an object at your disposal, paying no attention to their own desires, or their consent.”

The activists also criticized the letter's claim that the movement risks going "too far," and the suggestion that it's the responsibility of women to protect themselves from intimidation of any kind.