The painting was the last da Vinci left in private hands. 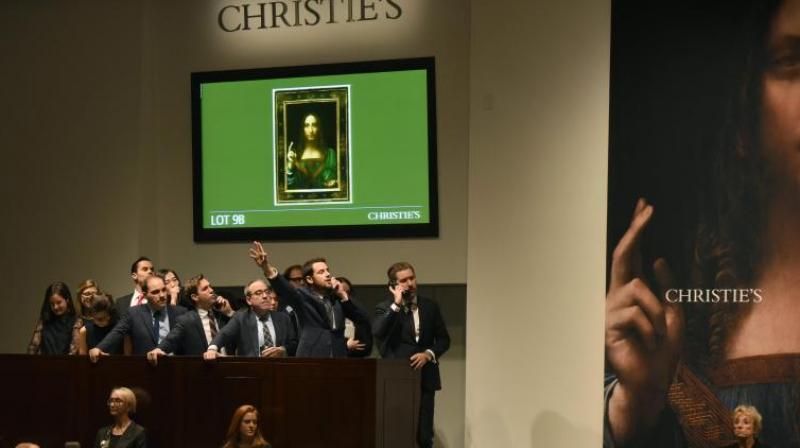 The latest twist in a saga over the painting came after a report in the Wall Street Journal which said that Saudi Crown Prince Mohammed bin Salman, known as MbS, was identified as the buyer of the painting in U.S. intelligence reports, according to people with direct knowledge of the information.

A Saudi official denied MbS had purchased the artwork. “Christie’s can confirm that the Department of Culture and Tourism - Abu Dhabi is acquiring ‘Salvator Mundi’ by Leonardo da Vinci,” the auction house said in a statement. “We are delighted to see that this remarkable painting will be available for public view at the Louvre Abu Dhabi.”

The painting, sold last month, become the most expensive painting ever sold. At the auction, the painting was purchased by an unidentified buyer bidding via telephone after a protracted contest of nearly 20 minutes at the auction house.

A document seen by Reuters showed that a Saudi prince was authorized to purchase the painting on behalf of the Abu Dhabi Department of Culture and Tourism. The document, dated Nov. 12, is addressed to Prince Badr bin Abdullah al Saud and thanks him for “agreeing to bid as undisclosed agent for and on behalf of the Department of Culture and Tourism - Abu Dhabi for the artwork” at Christie’s auction on Nov. 15.

The letter authorizes the Prince to “bid up to a hammer price” of $500 million. A UAE government official confirmed the painting belonged to the Abu Dhabi government and would be put on display at the Louvre Abu Dhabi. “We own it,” the official said.

In November, MbS ordered Saudi security forces to round up members of the political and business elite, including princes and tycoons, holding them in Riyadh’s opulent Ritz Carlton hotel in what was billed as a war on rampant corruption.

The official added that the Abu Dhabi Department of Culture and Tourism had subsequently asked Prince Badr to act “as an intermediary purchaser”.

The Louvre Abu Dhabi, which opened last month, said on its Twitter feed it was “looking forward to displaying the Salvator Mundi by Leonardo Da Vinci” and said the work was acquired by the Department of Culture and Tourism for the museum. A spokeswoman for the Abu Dhabi Department of Culture and Tourism confirmed the department had acquired the painting to be displayed at the Louvre, but declined to say whether it was bought by the Department.

The painting, only recently rediscovered, was the last da Vinci left in private hands and fetched more than four times Christie’s pre-sale estimate of about $100 million.