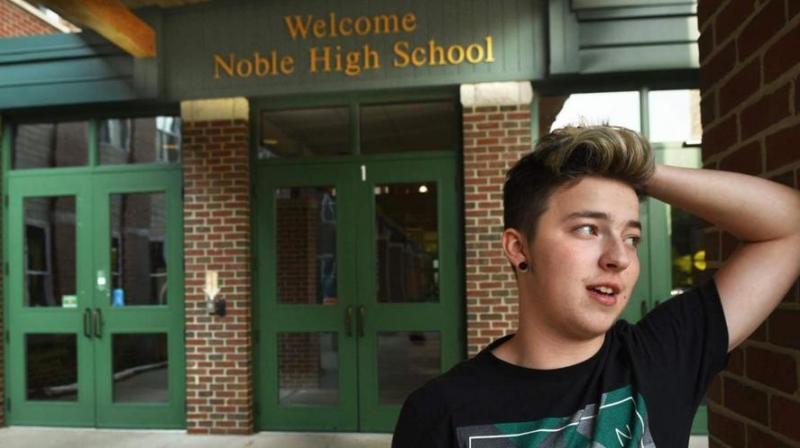 Stiles Zuschlag, a transgender Maine teen who was crowned homecoming king at his new school says he wants to use the attention to spread love and tolerance. (Photo: AP)

A transgender Maine teen who was crowned homecoming king at his new school says he wants to use the attention to spread love and tolerance.

Noble High School in North Berwick, Maine, named Stiles Zuschlag homecoming king on October 6. He came out as a transgender male in 2015.

Zuschlag says he transferred to Noble after he was asked to leave Tri-City Christian Academy in Somersworth, New Hampshire, because of his gender identity. His story has been widely circulated on social media since he was crowned homecoming king.

He says he's received some blowback, but he's "done nothing but spread awareness and love."

Zuschlag's mother, Mara Stupelis, says she's supporting her son during his transition and admires his message of positivity.