Newsmakers   10 Mar 2017  I was tortured beyond limit in captivity: Pakistan blogger
Newsmakers

I was tortured beyond limit in captivity: Pakistan blogger

Goraya, who lives in the Netherlands for over a decade, said police in Pakistan has filed a case of blasphemy against him. 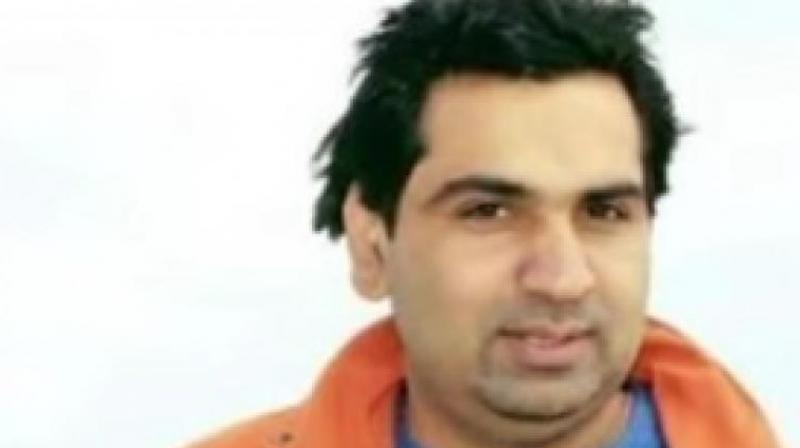 Ahmad Waqass Goraya was among five activists who vanished in Pakistan in early January. (Photo: Screengrab)

Geneva: Pakistani blogger and human rights defender Ahmad Waqass Goraya, who disappeared from Lahore in January this year, said he was brutally tortured before his release after almost a month in captivity.

"I was tortured beyond limits. My ear nerve is still damaged, my muscles are also damaged", said the blogger at a side event titled "Closing the Net: Attacks on Asian Human Rights Defenders" during the 34th Session of the Human Rights Council in Geneva.

Goraya, who lives in the Netherlands for over a decade, said police in Pakistan has filed a case of blasphemy against him. He added, "You see radical people are running Facebook pages and they are not being targeted. However, the activists and their families are being targeted by both Islamists and law enforcement agencies".

Five bloggers and activists, including university professor Salman Haider, disappeared from various parts of Pakistan. They were released after few weeks following widespread protests and condemnation by the people in Pakistan and rest of the world.

Online bloggers and writers are being frequently targeted in South Asia, especially in Pakistan and Bangladesh, where Islamic fundamentalists are against those speaking against Islam and military.

Speaking at the event, Ahmedur Rashid Chowdhury, a publisher and writer from Bangladesh said he was targeted by Islamists in his country for publishing books on Islamists. He was brutally attacked in his office and now lives in-exile in Norway.

"From 2013 to 2016, almost 14 bloggers and writers were killed in Bangladesh by the Islamist groups. I got the threat in February 2015 during a book fair. Two of the writers, whose books I had published, were killed and I lost most of the business", said Chowdhury.

He added, "On October 31, 2015, they (Islamists) came in my office and attacked me. They wanted to kill me but luckily I survived". Chowdhury blamed state and non-state actors, both, for curbing freedom of expression.