After being affected by polio at the age of five, she was left with disabled hands 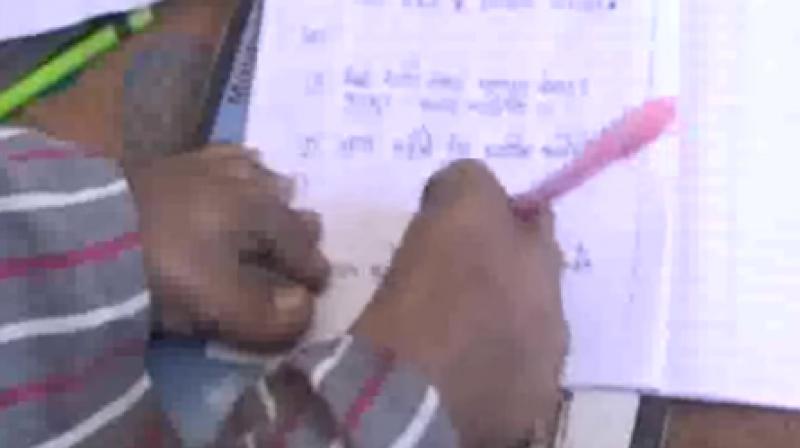 Anita Kumari appeared for her Class 10 exams in Baniapur village in the Saran district. (Photo: Youtube - for representational purpose only)

Disabilities can prove to be obstacles for many people and while some give up, there are many do not think of it as a difficulty in pursuing their dreams. A teenager in Bihar has decided to pursue her dream by applying for her board exams but not like everybody does; she uses her feet to write her exam.

According to a media report, Anita Kumari currently appearing for the Class 10 exams is physically challenged and has problems with hand movements and speech. The girl who hails from the Baniapur village in the Saran district sits on a carpet and writes her answers with the pen between her toes while being accompanied by her grandmother to the exam centre.

Anita was affected by polio at the age of five that disabled her arms and her ability to speak to people. The girl did not take it as a disability and has now appeared for her board exams the same way just like any other person being an inspiration to many disabled people.