Edwards described how it was the one green light he could not live without. 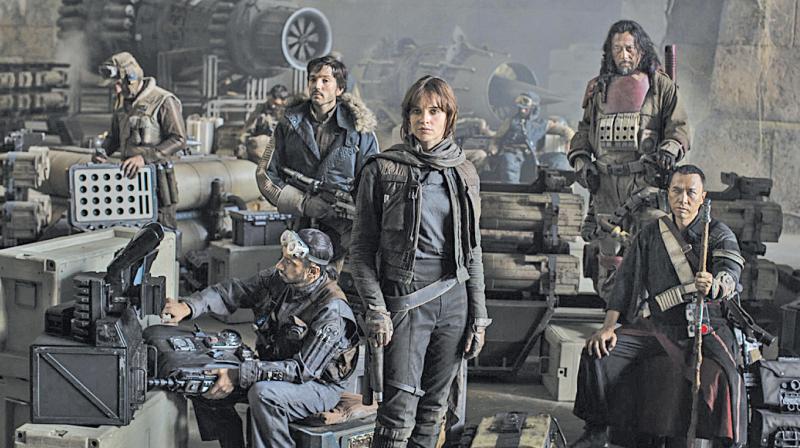 Lucasfilm is releasing Rogue One: A Star Wars Story as an early Christmas gift for millions of Star Wars fans.

San Francisco: A long time ago in a galaxy far, far away, fans had to wait years between Star Wars movies — but the space saga is back with the most hotly-anticipated spin-off in cinema history. Just 12 months after The Force Awakens shattered numerous box office records, Lucasfilm is unleashing Rogue One: A Star Wars Story as an early Christmas gift for its millions of devotees.

With just over a week to go before its December 16 US release, excitement is building for the eighth installment in George Lucas’s sci-fi saga, which recorded the second-highest first day of domestic pre-sales ever (behind The Force Awakens).

The job of building on Lucas’s legacy falls to British filmmaker Gareth Edwards, who recalled the nerve-jangling moment when the legendary director called him to deliver his verdict on the film after a preview screening.

“I don’t want to put words into his mouth but I can honestly say that I can die happy now,” Edwards said as he relived last week’s telephone conversation with Lucas.

Edwards described how it was the one green light he could not live without.

Rogue One is part of an attempt to revitalise the franchise since Disney bought Lucasfilm in 2012, when it was still reeling from grim reviews for the much-maligned 1999-2005 prequel trilogy.