52 finalists competed with each other in competition which saw Shweta Dagar and Shwati Nanda being named first runner-ups. 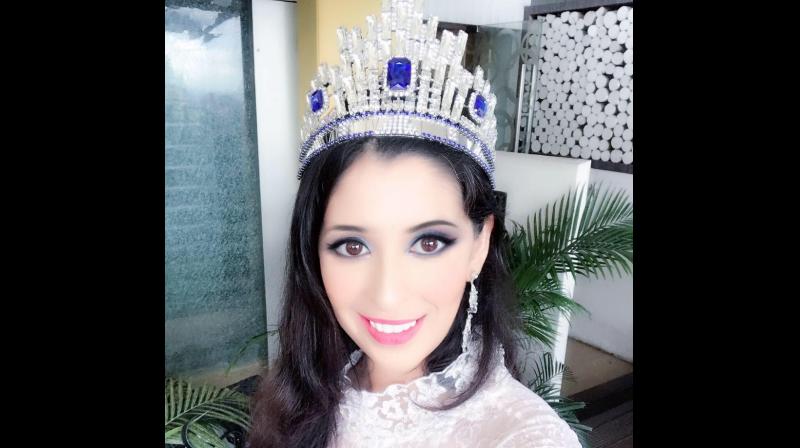 The international beauty pageant will make a donation for the visually-impaired children this year (Photo: Facebook)

Shweta Dagar and Shwati Nanda were named the first runner-ups, while Karishma Chabariya walked away with the second runner-up title.

52 finalists competed with each other on August 5 at Kingdom of Dreams, Gurgaon.

An initiative by Shri Sai Entertainments Pvt Ltd, this international beauty pageant will make a donation for the visually-impaired children this year.

According to the pageant, it celebrates the inner beauty and talent as much as the physical appearance of any contestant and hence it will be instrumental in setting standards for evaluating and expressing the inner beauty of a global Indian woman. It is an effort to bring together the best talents of India and Indian residing overseas on a single platform.

Talking about it, Bhramar said, "When the contestants come and stay with us for a week for their grooming, catwalk and choreography sessions, we get to know a lot of things about their life and why have they chosen the beauty pageant to climb the rope of success, building their confidence levels."

"Many of them have had a bad marriage, or their children always look up to their father as their ideal man and not their mothers or they have been going through a hard time because of the bad behaviour of their in-laws or suffering from serious disease from a long time," he added. "The grooming sessions which are given to them by our expert groomers take classes on voice modulation, personality development, image building, dining etiquette, importance of their signatures, etc."

Bhramar continued, "We as a brand, wish to promote the essence of motherhood and womanhood and make more and more women feel confident about themselves and make them aware that marriage and children does not mean a permanent end to a woman's colourful life or career. This is the 6th year and we are looking forward to the pageant."