While Queen Elizabeth II celebrated her actual birthday on April 21, the Trooping of the Colour takes place on any Saturday of June. 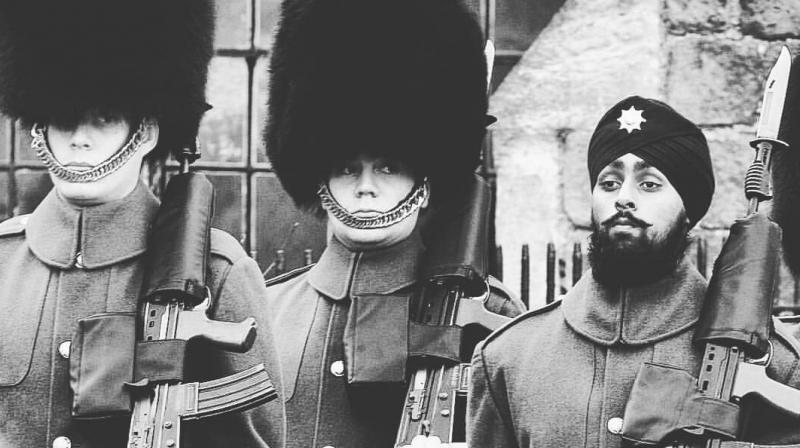 The 22-year-old said, "I hope people will look on this as a change in history." (Photo: Instagram/Charanpreet Singh Lall)

A Sikh soldier is set to become the first to wear a turban instead of a bearskin hat during an annual parade that celebrates the British monarch, media reports have said.

His turban will be black to match his comrades' headgear and feature the Coldstream Guards' ceremonial cap star.

His proud parents and sister will be among the crowds lining Horse Guards Parade for the ceremony.

Lall, from Leicester, who came to the UK from India as a boy, said: "Being the first turban-wearing Sikh to troop the colour and be part of the escort is a high honour."

"I hope that more people like me, not just Sikhs, but people from other religions and backgrounds, will be encouraged to join the Army," he was quoted as saying by Express newspaper.

While Queen Elizabeth II celebrated her actual birthday on April 21, the Trooping of the Colour takes place on any Saturday of June. This year the ceremony will take place today.