According to reports, Dabi arrived in Pahalgam along with her family on Friday and the ceremony took place on Saturday. 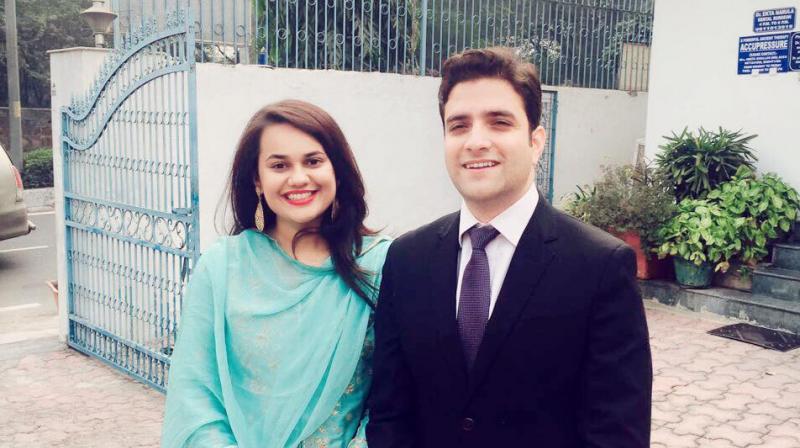 According to Dabi, her family had accepted her decision and are happy. (Facebook Screengrab/ Tina Dabi)

Love does indeed happen at the strangest of places. Tina Dabi, the 2015 IAS topper and second-ranker Aamir-il-Shafi Khan started their romance in the corridors of the Departnment of Personnel and Training and it culminated in their marriage on Saturday in Kashmir Valley’s Pahalgam.

According to reports, Dabi arrived in Pahalgam along with her family on Friday and the ceremony took place on Saturday.

Reports further state that once the couple took their vows, they along with the guests drove to Devepora Mattan, which is Aamir-ul-Shafi Khan’s ancestral village in South Kashmir’s Anantnag.

According to reports, the story of the happy couple began in 2015 at the IAS felicitation ceremony that took place at the DoPT office in Delhi.

They reportedly met at the felicitation function and are together since.

The couple has been very open about their relationship and have shared a number of pictures on social media.

While the marriage pictures of the happy couple are yet to be shared on social media, Tina Dabi had shared some images on her Facebook account in the month of March which could either have been their engagement pictures or from their pre-wedding shoot-

However, not everything was smooth-sailing for the couple. There were people from some quarters who were unhappy with the inter-faith alliance.

However, according to Dabi, her family had accepted her decision and are happy.