More than two-thirds of the 1,500 acid attacks worldwide each year are estimated to take place in India. 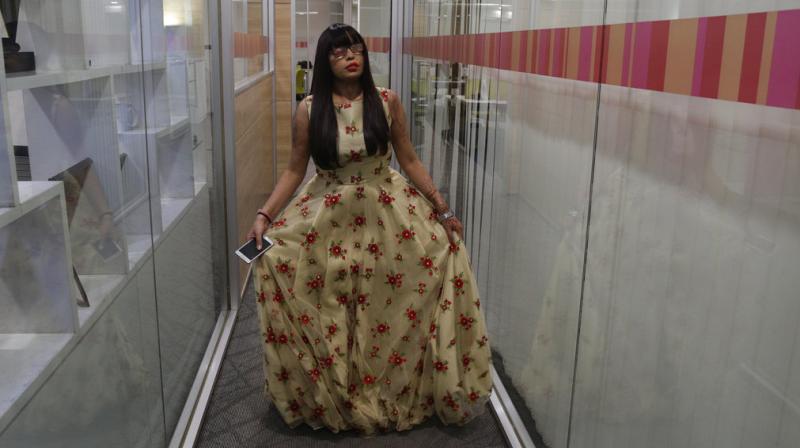 Acid attack victims pose on a ramp during a fashion show on the eve of International Women's Day in Thane, outskirts of Mumbai. (Photo: PTI)

Mumbai: Sparkling in shades of green, pink and peach, Indian women survivors of acid attacks walked the ramp at a fashion show to boost awareness about violence against women.

Scarred faces held high, 11 members of a non-profit group showcased colorful Indian and Western garments, spoke about confidence and posed for photographs on Wednesday, a day ahead of International Women’s Day.

Laxmi, attacked in 2005 at the age of 15 by a 32-year-old man whose marriage proposal she rejected, was the showstopper of the event, held near India’s financial capital of Mumbai.

“I swept aside notions about the face, which society spoke of, and moved forward in life,” said Laxmi, whose plea against acid attacks prompted India’s Supreme Court to order regulations on the sale of acid in 2013.

More than two-thirds of the 1,500 acid attacks worldwide each year are estimated to take place in India, many by enraged family members or jilted partners.

Few victims report the attacks, for fear of reprisals by abusers, even though the resulting disfigurement often brings isolation and rejection.

“What others think about us does not have relevance, what we think about ourselves is only what matters,” said one participant, Deepmala Tiwary, an attack survivor and member of the nonprofit Acid Survivors and Women Welfare Foundation.