Australia officially becomes the 26th country to legalise same-sex marriage after the law was passed on December 9, 2017. 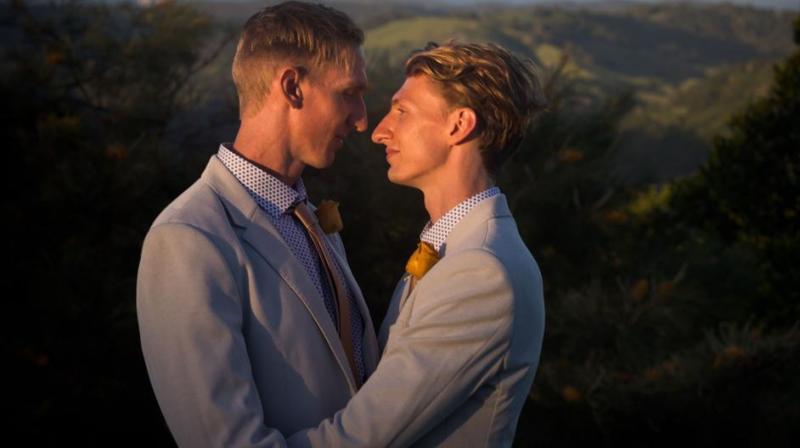 Marriage equality became law on December 9 with overwhelming support in Parliament, but Australia’s requirement that all couples give a month’s notice for weddings made on Tuesday, the first possible date for gay marriages.

Athletes Craig Burns and Luke Sullivan married at a midnight ceremony near the east coast city of Tweed Heads.

“It’s another way to show your love and appreciation of your partner in front of the people in your life,” said Burns, a 29-year-old sprinter who will compete in the Commonwealth Games in Australia’s Gold Coast in April.

Hickson described the divisive build-up to a gay marriage ballot preceding Parliament’s vote as “a horrible time.” She said the couple wanted to be part of history by becoming one of the first lesbian couples to marry in Australia.

Lainey Carmichael, 51, and Roz Kitschke, 46, married shortly after dawn before 65 guests at their home in the town of Franklin in the island state of Tasmania.

The early ceremony was mainly to avoid the summer heat, Kitschke said. “New day; new era — and we don’ like the heat that much,” she said.

“Today we are a more equal and inclusive country that treats all loving, committed couples the same,” Croome said in a statement.

The one-month waiting period was waived for some couples who wed in recent weeks. Those exceptional circumstances included a partner’s terminal illness and overseas-based relatives booking flights to Australia before the official start date for the new law was known.

Civil celebrant Charles Foley has been campaigning for years to get Australia to drop the one-month waiting period, which he said is among the longest in the world.

The federal government imposed it at the request of churches decades ago so parishioners would have time to say why they may object to some religious unions, Foley said.

Ireland has a waiting period of three months.

Australia and Ireland are the only countries that have put the question of legalizing gay marriage to a popular vote.

Ireland held a legally binding referendum in 2015 to change its constitution. The referendum found 62 percent of respondents wanted marriage equality.

Australia’s conservative government held a non-binding postal survey to avoid dividing its own lawmakers and pledged to vote on the issue if Australians endorsed equality. They did, and lawmakers quickly passed the legislation.

Civil celebrant Judy Ulich married 11 same-sex couples over five days in 2013 in the national capital Canberra before the High Court overturned a local territory law that briefly provided marriage equality. The court unanimously upheld the federal government’s urgent case that the territory law was invalid because it was inconsistent with a federal prohibition on same-sex marriage.

Ulich said she was looking forward to marrying for a second time several same-sex couples whose brief marriages had been overruled. But none of her 15 gay marriage bookings was for Tuesday. Most same-sex couples preferred to wait for a suitable weekend.

“Unless people really wanted to make a statement and marry two minutes after midnight, people generally don’t choose Tuesday, which is a working day,” she said.

“In most cases, they want to have a celebration. They want people to be able to rejoice with them because they had such a big fight to get the right to marry,” she added.