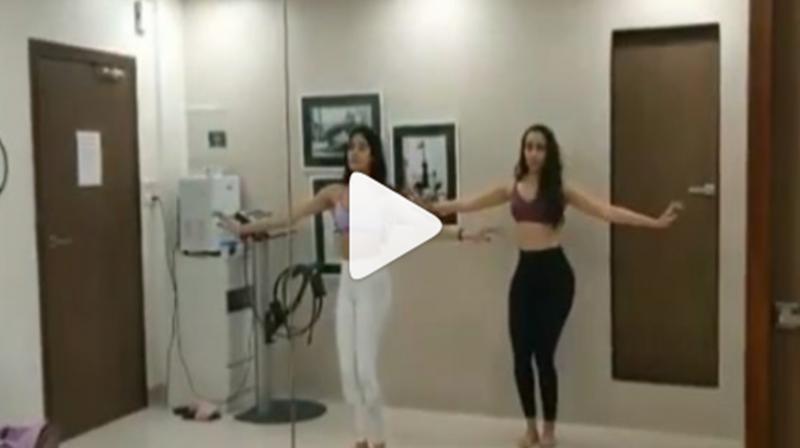 Mumbai: Bollywood actress Janhvi Kapoor never fails to surprise her fans with her inherent talent. Recently, a video throwback video of the 'Dhadak' star is breaking the internet.

In the video, Janhvi can be seen dancing along with her instructor.

In the video, Janhvi is nailing the belly dance moves on the peppy track Akh Lad Jaave from Aayush Sharma and Warina Hussain starrer, Loveyatri. The Sridevi and Boney Kapoor's daughter can be seen dressed in a lavender coloured tank top and pair of white track pants. The video has gone viral insanely on social media.

On the work front, Janhvi will next be seen in films like Roohi Afza opposite Rajkummar Rao, Dostana 2 opposite Kartik Aaryan and Takht.