Tilikum had been fighting a bacterial lung infection since March when he died at the marine theme park in Orlando, Florida. 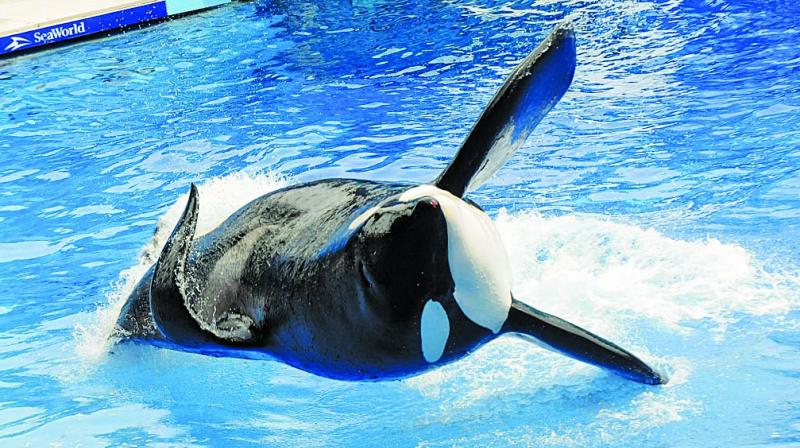 Killer whale ‘Tilikum’ that hit limelight by the US documentary Blackfish, died on Friday, at the age of 36. (Photo: AFP)

Miami: Tilikum, the killer whale linked to the deaths of three people and made famous by the 2013 documentary Blackfish — which criticized the captivity of orcas — died on Friday, according to SeaWorld.

One of SeaWorld’s most prominent orcas, Tilikum had been fighting a bacterial lung infection since March when he died at the marine theme park in Orlando, Florida. SeaWorld, which owns several entertainment parks in the United States, said the approximately 36-year-old killer whale had spent years with the company.  “Tilikum passed away early this morning, January 6, surrounded by the trainers, care staff and veterinarians that provided him around-the-clock world-class care,” SeaWorld announced on its website.

“Tilikum had, and will continue to have, a special place in the hearts of the SeaWorld family, as well as the millions of people all over the world that he inspired,” SeaWorld president and chief executive Joel Manby said. The official cause of death will not be announced until the completion of a necropsy, the company said.

It noted that Tilikum was near the upper end of the average life expectancy for a killer whale, and faced “some very serious health issues,” it said. The animal rights group People for the Ethical Treatment of Animals (PETA) tweeted a photo of Tilikum on Friday along with the message: “R.I.P. Tilikum Dead after three decades of misery.”