'I was traumatised': Karan Johar on rumoured relationship with Shah Rukh

Karan opens up on the rumours in his biography, 'An Unsuitable Boy,' jointly penned by him and Poonam Saxena. 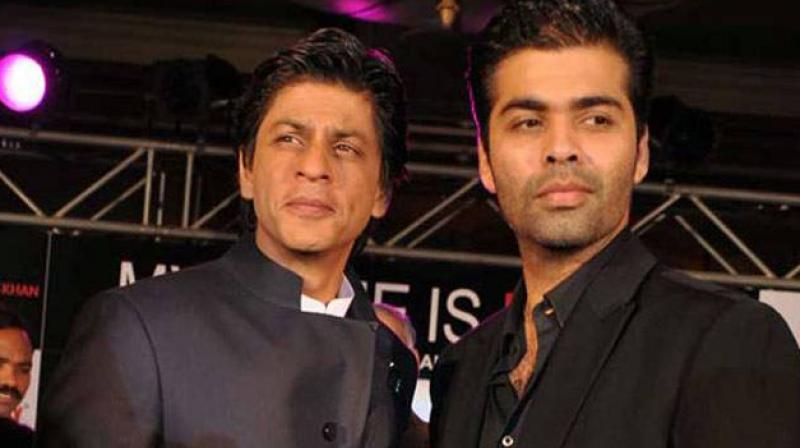 Mumbai: Karan Johar is not just one of the most popular directors, but is also more popular that several actors in the country.

While his films and his statements on various issues have grabbed headlines, his sexual orientation has been subjected to much scrutiny. There have also been distasteful rumours of his having been in a relationship with frequent collaborator, Shah Rukh Khan.

But the ace director had always stuck to dignified silence, and has often resorted to self-deprecation.

However, in his biography, 'An Unsuitable Boy,' jointly penned by Karan and Poonam Saxena, he's spoken about how the rumours about him and SRK affected him.

An excerpt from the book reads, "Today, people think that I have all the possible avenues to have all the sex in the world. But that's not who I am at all. To me, sex is a very, very personal and a very intimate feeling. It's not something that I can do casually, with just about anyone. I have to invest in it. ... I've always handled the rumours that came my way .

"There has been so much conjecture about my sexuality. For heaven's sake, for years there were rumours about Shah Rukh and me. And I was traumatized by it. I was on a show on a Hindi channel, and I was asked about Shah Rukh.`Yeh anokha rishta hai aap ka,' the interviewer said. He worded it in such a way that I got really angry. I said, `If I asked you if you are sleeping with your brother, how will you feel?' So he said, `What do you mean?

"How can you ask me this question?' I said, `How could you ask me this question? For me, no matter what ups and downs Shah Rukh and I have been through, he is a father figure, an older brother to me. For me to look at him in that way or be subjected to those rumours was just ridiculous. But it didn't bother him. He said, `People talk nonsense, and if a man does not have an extramarital affair, he is supposed to be gay.'"

He also revealed that he is embarrassed of the country for its regressive approach towards homosexuality and that he'd never come out of the closet officially thanks to the judiciary of India.

Karan has been outspoken and vocal about a lot many social issues, being recognised as among the most conscientious around.

And his justified plea for a right to privacy is very much relevant.