Delhi is in news since last several days as the air quality in the Delhi-NCR region has been ranging between 'very poor' and 'severe'. 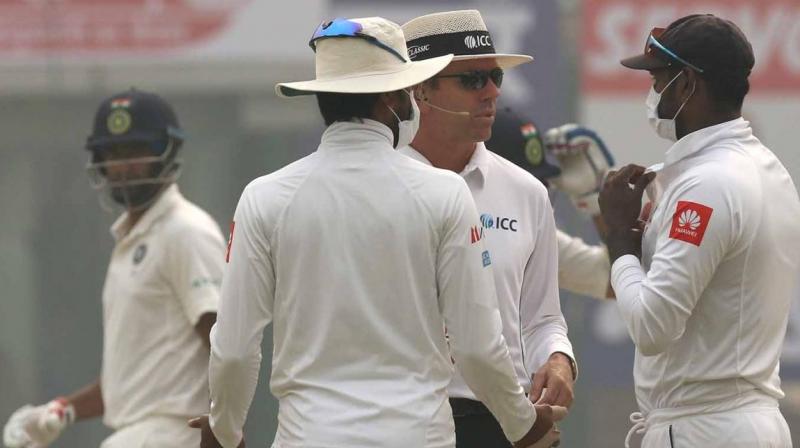 Mumbai: The Indian Medical Association (IMA) has asked the Board of Control for Cricket in India (BCCI) to take in account atmospheric pollution while deciding the venue of a match.

A letter written to BCCI by KK Aggarwal, National President Indian Medical Association (IMA), reads, "Rain and poor light are taken into consideration while determining suitable playing conditions, so we suggest that atmospheric pollution should now also be included in the assessing criteria for a match."

The IMA letter comes after Sri Lankan players were seen wearing masks during the third and final Test game between India and Sri Lanka in the national capital's Feroz Shah Kotla stadium.

The fast bowlers Suranga Lakmal and Lahiru Gamage also walked off the field after they allegedly expressed displeasure in bowling under the conditions of high levels of air pollution.

He added that players who are coming from areas where pollution level is zero or less than 50 are bound to feel sick, if they are suddenly exposed to pollution level of 300 or 400.

Asked about Sri Lankan players complaints about the pollution, Aggarwal said, "They did the right thing if they were protesting against it. Medically there was no reason to continue the match; it must have been taken off."

"Had the match been cancelled, it could have been a bigger opportunity for Delhi to make all the efforts to bring the pollution level down," he said.

He quipped that a wrong message has been conveyed from the India and Sri Lanka match that it is safe for children to play cricket even when the PM 2.5 levels are more than 300.

The national capital has been in news since last several days as the air quality in the Delhi-NCR region has been ranging between 'very poor' and 'severe' which has evoked ire among the citizens.