The woman won praise from Rio Olympics star Simone Biles for her skills on the floor and parallel bars. 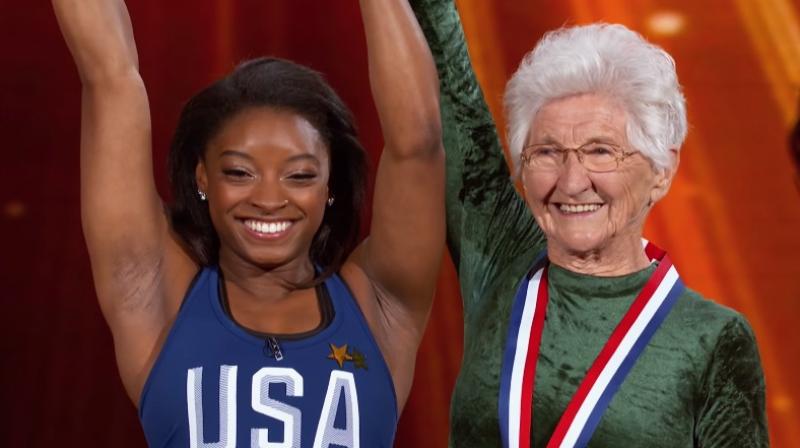 She won a medal and hug from Biles (Photo: YouTube)

A lot of people choose to leave retired life in peace after crossing a certain age and for most physical activity beyond a certain extent becomes unthinkable. It’s known that old age slows down people, but then human will has time and again dispelled such notions.

After examples like the 86-year-old iron nun who gave fitness goals to young people and several others, a 91-year-old gymnast has stunned the internet with her extraordinary skills. Retired gym teacher Johanna Quaas ruled the floor and the parallel bars as she won praise from Rio Olympics hero and four time gold medallist Simone Biles.

Quaas has been competing in the sport since 1934 and had the audience captivated with her fitness and agility. She also got a medal and hug from Biles who said she hoped to be able to walk by the time she was 90.