Meet the artist who sketches with a typewriter

While earlier she would do portraits, Keira Rathbone now creates streetscapes with a typewriter’s letters and symbols. 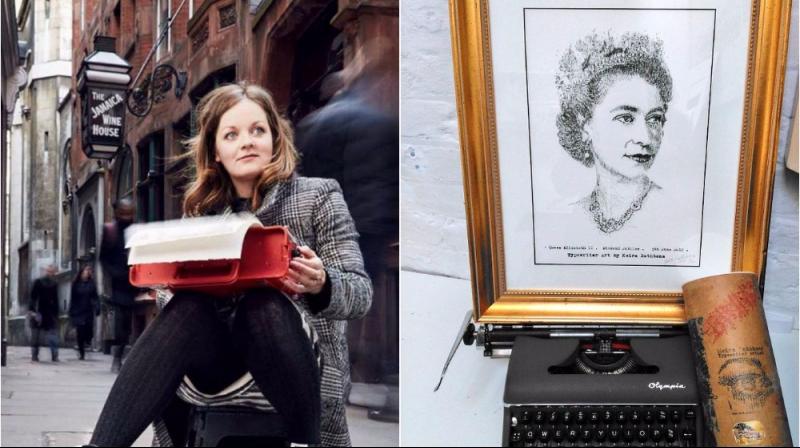 Brighton: Paint-brushes and chisels are the familiar tools of painters and sculptors through the ages, but one British artist is creating pictures using an unusual instrument for the visual arts: a typewriter.

Keira Rathbone, born in 1983, creates portraits and streetscapes with a typewriter's letters and symbols. Though infrequently seen in the digital age, typewriter art was popular in the 1940s and was used by artists like the American Paul Smith.

Completing a picture can take Rathbone hours or even days, and even a tiny mistake can result in significant effort going to waste, as errors are extremely difficult to remove or cover.

Rathbone said that her unusual artistic discipline means that at times she sees her surroundings in typographic terms.

Rathbone began typewriter art in 2003, and has had her work exhibited in galleries around the UK. Though she focuses on street scenes now, in her early career she did portraits of high-profile figures and close-ups of eyes.