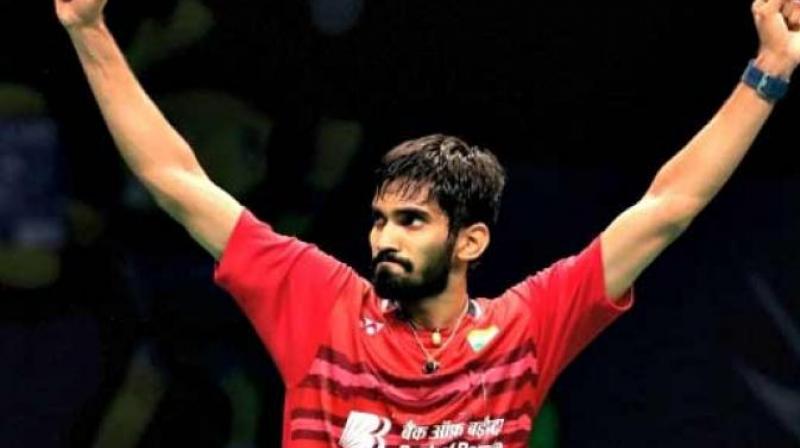 Srikanth took just 29 minute to beat Georges Julien Paul 21-12 21-14 in the men's singles after the two doubles pairs had given India a 2-0 lead.

The men's doubles duo of Satwik Rankireddy and Chirag Chandrashekhar Shetty hardly broke a sweat in their 21-12 21-3 win over Aatish Lubah and Christopher Jean Paul in the first match before Ashwini Ponnappa and N Sikki Reddy chalked out an easy 21-8 21-7 victory over Aurelie Marie Elisa and Nicki Chan-Lam in the women's doubles.

2012 London Olympics medallist Saina Nehwal did not have to play her part in the quarterfinal match as India had already taken a match-winning 3-0 lead. India take on Singapore in the semifinals tomorrow. Singapore had beaten hosts Australia 3-0 in another quarterfinal match.